The UK audiology community was shocked and saddened Wednesday (June 15) at the announcement by NIHR Nottingham Biomedical Research Centre of the death of its Clinical Hearing Sciences Group lead, Reverend Professor David Baguley.

Messages of condolence and tribute from friends, colleagues, institutions, and professional bodies have flowed through Twitter and social media accounts, attesting the popularity and influence of Prof. Baguley as a researcher, teacher, and much-loved person. His experience and expertise in hearing sciences, particularly over 35+ years in the field of tinnitus, made him a reliable authority acknowledged as impacting careers and knowledge.

See below for a full obituary and tribute written by colleagues of Prof. Baguley.

The funeral of Reverend Professor David Baguley is open to those who wish to pay their respects, taking place on Friday, July 1 at 1430, St. Martin's Church, Sherwood, 12 Trevose Gardens, Nottingham NG5 3FU.
Traditional black funeral attire is not required.
The funeral will be streamed on Zoom. For details: www.facebook.com/stmartinsherwood
The family's preference is for donations to a hearing or tinnitus charity instead of flowers.

But Prof. Baguley will also be remembered by many as a communicator with the rare talent of being able to synthesise and impart learning with an optimally magnetic blend of clarity, humility, enthusiasm, and spot-on humour. For this reason also, his presence was keenly sought for presentations in seminars congresses, and debates.

Prof. Baguley read for his PhD in Physiology of tinnitus at the University of Cambridge (2001-2005), and in 2005 at the same centre for his PhD in Tinnitus. For more than 31 years, he had worked from 1985 as Director of Audiology and Consultant Clinical Scientist (Audiology) at Cambridge University Hospitals NHS Foundation Trust.

From 2010 to 2019, he was Visiting Professor in Audiology at Anglia Ruskin University, while for some of these years (2011 to 2017) he also had a self-supporting, part-time role as Associate Minister at St. Martin's Church, Sherwood, Nottingham.

Prof. Baguley's close association with the British Tinnitus Association saw him hold the post of President of this leading Sheffield-based UK charity from 2015 to 2019.

In recent years (since 2016), his work as Professor of Hearing Sciences at the University of Nottingham involved him deeply in research, his study output increasing to impressive proportions. Since January 1, 2021, the name of David Baguley has appeared on no fewer than 24 papers published in leading journals covering hearing, otology, respiratory medicine, neuroscience, psychiatry, and cancer. The breadth of his recent investigational activities included tinnitus - he lead the publication of the International Vocabulary of Tinnitus - Covid, hyperacusis, cognitive and mental health, chemotherapy, ototoxicity, and cochlear implants.

In addition to his research work, Prof. Baguley was a go-to authority for journals and media publications within and beyond audiology. He had an advisory role with the Journal of Laryngology and Otology, and was a former audiology editor and specialist advisor to ENT & Audiology News. He was regularly consulted on hearing issues by Audiology Worldnews and Audio Infos UK, most recently on the cost to research of Covid restrictions, and the value of biobanks to hearing and tinnitus. 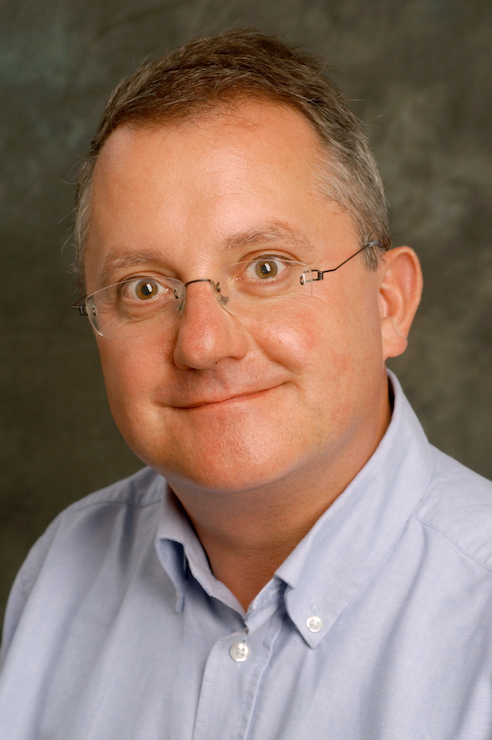 Prof. David Baguley was a passionate music lover, particularly revering the Manchester-based band Joy Division, central figures of a post-punk rock scene about which this leading academic could happily and engagingly wax lyrical for many pleasant hours.

Professor David Baguley will be sorely missed by the UK and global audiology sphere. Among the many early tributes to him on social media, he has been called "an absolute titan in audiology", "a smashing person to work with", and "inspiring lead". Many of those lamenting his passing have underlined his humour and humanity. 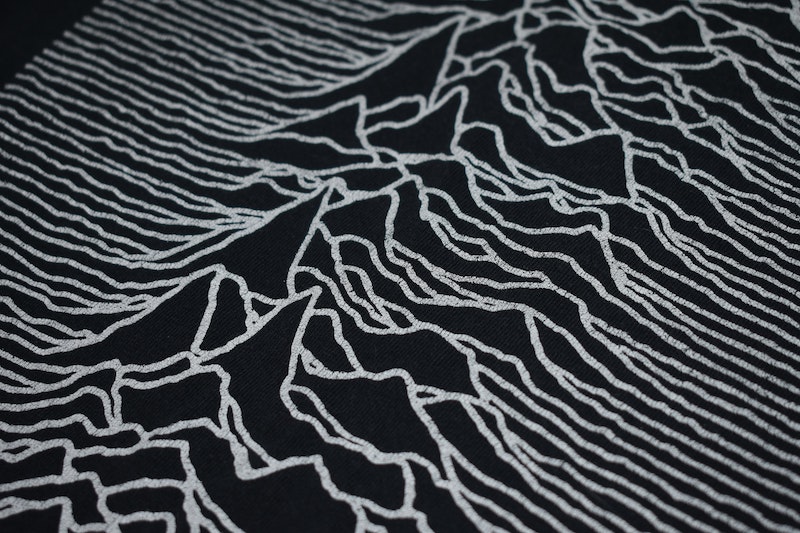 Audiology Worldnews and Audio Infos UK extend our condolences to the family and friends of Prof. David Baguley.
May his memory and legacy live long and strong.

With grateful thanks for contributions from colleagues and friends

The sudden and tragic death of David (Dave) Baguley has left a gap within the national and international audiology and hearing science community.

A Mancunian and lifelong supporter of Manchester City football club, he was awarded a BSc in psychology, 1983, then a MSc in clinical audiology, 1985, both from the University of Manchester. His first post was Scientific Officer in the MRC Institute of Hearing Research, Cardiff. One year later, he moved to the NHS, working as a clinical scientist in audiology at Addenbrooke’s Hospital, Cambridge. Dave remained in Cambridge for over 30 years, transforming the small NHS audiology team into a comprehensive assessment and rehabilitative centre of excellence.  He cared diligently for his patients, many of whom continue to enquire of him fondly.

While in Cambridge, he rose to consultant status and latterly head of audiology services and cochlear implants.  During this time, he was awarded an MBA (distinction), a PhD on physiological mechanisms of tinnitus in vestibular schwannoma, and a diploma in pastoral theology.  He built a formidable international reputation as a leading expert in tinnitus and hyperacusis, publishing prolifically on the subject and receiving referrals from all over the country.  This was in no small part due to his empathic approach to his patients. His generosity of spirit and his enquiring mind made him the ideal mentor for a whole generation of young skull base surgeons training in Cambridge and leaves a lasting legacy in skull base centres across the world. The respect afforded him amongst the ENT community meant he was a regular attender at the Otology section of the Royal Society of Medicine and the UK’s leading ENT conference, the British Academic Conference in Otolaryngology. He contributed enormously to improvements in the care of patients with tinnitus and hyperacusis in departments across the UK. He also published leading work on audiovestibular dysfunction in patients with vestibular schwannomas, and his support for such patients was often acknowledged by the British Acoustic Neuroma Association whose members found his insight into the challenges they face invaluable.

In 2016, Dave relocated to the University of Nottingham, where he took up the position of Professor of Hearing Sciences within the School of Medicine’s Division of Clinical Neuroscience investigating hearing loss and tinnitus, including associations with platinum-based chemotherapy. He was Deputy Lead of the Hearing Theme in the Nottingham NIHR Biomedical Research Centre and co-investigator on a current clinical trial on following-up and monitoring of new adult hearing aid users, funded by the Health Technology Assessment.

Dave was a passionate and gifted scientist, confident and sure in his research; for many of us, he was the ‘go-to person' for the latest research findings. He published around two hundred scientific articles and two books, most recently "Living with Tinnitus and Hyperacusis." He was a five-time winner of the Marie and Jack Shapiro prize from the British Tinnitus Association, and won the Norman Gamble Research Prize from the Royal Society of Medicine Section of Otology, the TS Littler Prize of the British Society of Audiology, and the International Award in Hearing of the American Academy of Audiology.

Dave was a voracious reader and an innovative thinker. He managed to bridge professional boundaries, connecting people with overlapping interests and linking ideas and clinical strategies from different specialisms. He was one of the few who comfortably straddled audiology, ENT and hearing science communities, exchanging insights and perspectives. His clinical background, and ongoing, clinical consultations, meant he developed a clear line of sight from discovery research through to patient benefit.

He was much in demand as a speaker on tinnitus and audiology courses around the world, with an eloquent, relaxed, and easy style - plus the ability to give a thoughtful response to questions from the floor. He was able to combine art and science, often incorporating literary references into his presentations.

Throughout his career, he worked with impressive efficiency and juggled commitments at local and national level. He invested time in supporting and promoting the profession. He served the British Society of Audiology as Chair, 2009-2011, and was editor of the British Journal of Audiology (now International Journal of Audiology) from 1995-2000. He helped establish the British Academy of Audiology, co-chairing the inaugural conference in Manchester, 2004. Dave joined the Editorial Board of what was then called ENT News in 2008. He worked tirelessly to source material of the highest academic calibre. He used his charm and wit to campaign fiercely so that audiology content would have equal coverage in the magazine and was instrumental in inserting the word ’Audiology’ into its title, becoming the current ENT & Audiology News. He was president of the British Tinnitus Association, 2015-2019.

Dave earned an international reputation as an audiologist and hearing scientist. As evidence, he played an important role in the formation of the international committee of the American Academy of Audiology, serving as co-chair for three years. In 2006, Dave won the prestigious American Academy of Audiology International Award for Hearing.  His global influence on education of audiologists, and the patients they serve, was also evidenced by multiple clinically oriented articles in the The Hearing Journal and, in later years, online continuing education websites such as AudiologyOnline. Dave single-handedly inspired untold numbers of audiologists in the US to become involved in the assessment and management of persons with bothersome tinnitus and/or hyperacusis.

Occasionally perceived as self-important, Dave’s outstanding people skills, charm and wit quickly pushed that aside. He was always dependable, considered and thoughtful. An early adopter of social media, he used it effectively to share his research findings. He commanded a large network of contacts and collaborators throughout the world and spanning many disciplines. He could comfortably put people at ease, with humility and care for others. He was calm, gentle, warm, thoughtful, insightful and supportive.  Dave could listen attentively with incredible insight. Many individuals acknowledge the support he has given when they were in difficult personal circumstances.  He could recognise potential and found ways of harnessing talent often when people had approached audiology in unconventional routes.  He was an enthusiastic mentor to many, willing to give advice and encouragement as junior staff explored career routes. He opened doors creating opportunities and encouraged development. He was a kind and respectful critic and deeply respected.

At his core, Dave was a man of deep Christian faith. He was ordained a Deacon in the Church of England in 2011 and Priest the following year. Called to ministry alongside his clinical role, his correct title, although rarely used by those who knew him, was Reverend Professor. He was Associate Minister at St Martins, Sherwood in Nottingham. Outside of work he was a great cook, a lover of live music events, a hill walker, an avid reader, enjoyed “shooting the breeze” with friends, spoke warmly and lovingly of his family, and indubitably possessed a remarkably eclectic collection of shirts.

He is survived by his wife Bridget, whom he married in 1989, and their two sons, Sam and Luke, and daughter, Naomi, all of whom he was immensely proud. The audiology and hearing science community remember each of them, and the extended family, at this time.