Developing some kind of narrative around hearing technology is a must for all manufacturers, but the Demant group digs deep into the subsoil of science with the BrainHearing framework it has built around its Oticon brand devices.

Emphasising the role of the brain in hearing, and putting it about that the company develops hearing aids to support the brain in how it makes sense of sound does seem like a plausible sales argument for audiologists to field and patients to brook.

But what is the science and evidence behind it? How does Oticon product reflect these findings? And how useful a story is it for the people who sell and fit these products, the hearing care professionals, few of whom might want to wade through the depths of this adventure? The brain is, after all, a largely undiscovered territory well off the tourist routes and not extensively covered in training curricula.

Thomas Behrens, Chief Audiologist at Oticon and Senior Director for the Centre for Applied Audiology Research at Oticon global headquarters, maintains that the brain hearing work his team undertakes is, indeed, the dog that wags the algorithms going into his company’s hearing aids. These aim to support the brain which, according to the trademarked BrainHearing philosophy, deals with sound through a two-tier processing method: a filtering or Orient subsystem that sorts sounds, and a subsequent Focus subsystem by which the brain attends to sounds it considers relevant. These work together continuously and simultaneously.

˝We do see direct evidence,˝ affirms Behrens, who explains that activity in the brain responding to sound stimuli has been monitored by independent investigations using invasive techniques to place electrodes deep into the cortex, and electrode arrays on the cortex surface, seeing what activation is happening and where, and how this evolves as the sound is perceived. ˝What they see is that early on all sounds are represented in the primary auditory cortex, and then later on in a second area they see activation in the non-primary auditory cortex, so primary and non-primary labelling,˝ Behrens explains. 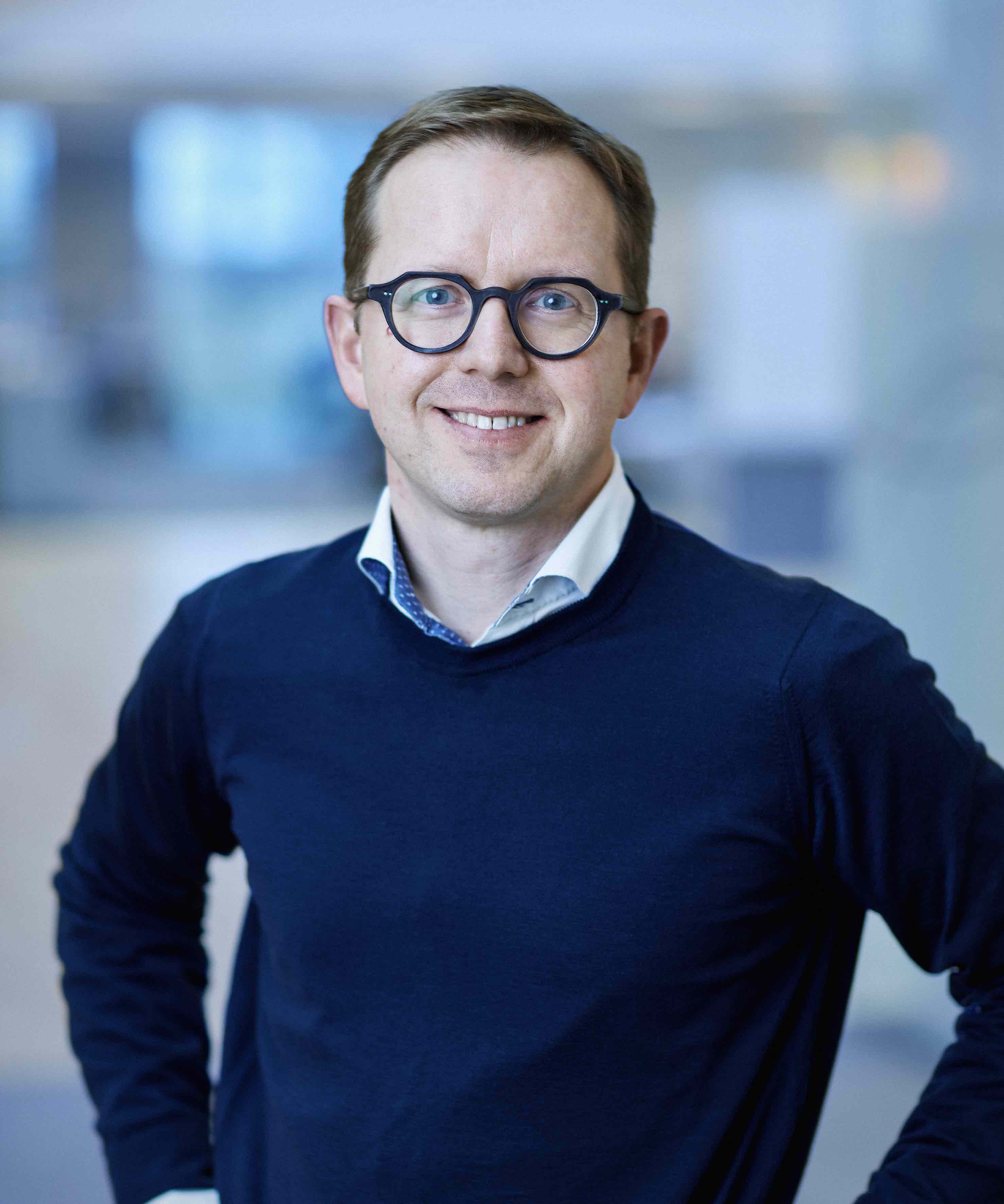 A variety of methods including source reconstruction and mathematical modelling relate the recordings inside the brain to the acoustics in the real world, allowing for advanced correlation to find that the activity in the brain is “ resembling the sounds of the real world˝. Modelling based on frequency ranges and time delays further hones the picture. So, what is happening?

Behrens serves up a fortunate analogy: If you are with friends at a dinner, with background music, then the music, the people around you, and maybe other sounds from other rooms would be present early on, but then what you are actually engaged in would be all that is present at a later point. Let’s say that you were deeply engaged in the conversation, then we would not be able to see the background music or other sounds from your environment in the later-stage processing.˝

The importance of this bifold processing is that the brain can then achieve effective processing of the meaning embedded in the sound, effecting a kind of clutter removal (although, as Behrens later explains, this clutter is still there to be focused when needed). ˝This allows you to focus back and forth between the different people you want to talk to, and then what you focus on is the only thing that gets treated as language inside the brain. So, the brain would not be able to make sense of all the sounds we hear, if we did not have this capability, ” he continues. 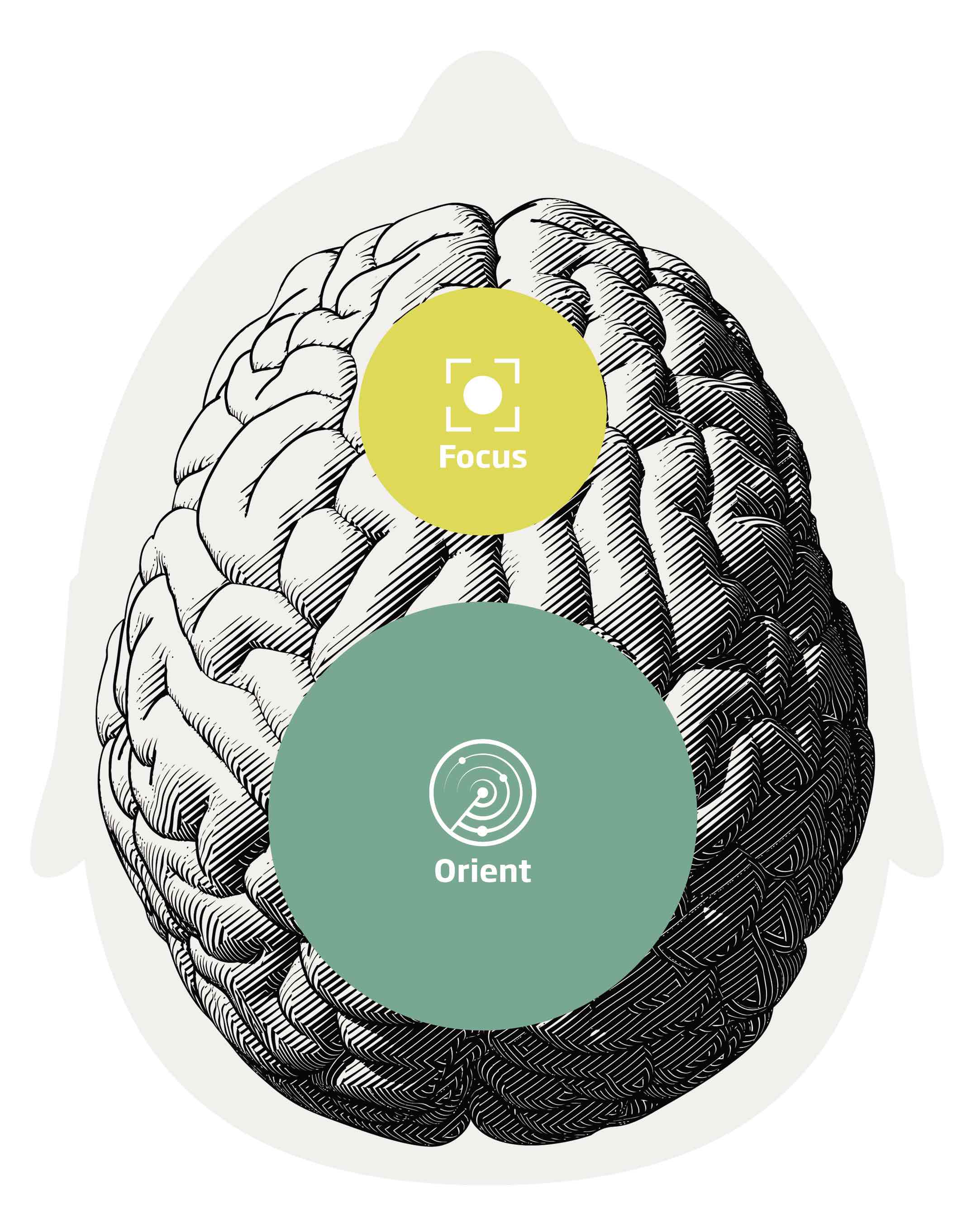 Having assumed that this was how the brain processed sound, Oticon carried out its own non-invasive studies with high-density EEG recordings on the scalp, using people with hearing impairment, trying to find out how they analyse sounds. Although less precise, the study showed very similar activation patterns to those from the independent work.

Although a handful of studies provides a quite precarious foundation, with evidence generally prone to being picked to pieces, often to be found to be arrived at misleadingly, Oticon does seem to have a plausible prima facie case for the bifold part of its brain rationale. Its studies have been peer-reviewed and published in the journal Frontiers in Neuroscience. Armed with this fundamental research, the challenge becomes how to let it inform the technology in Oticon’s hearing aids, obtaining the right kind of amplification for the way the scientists working at the group’s Eriksholm Research Centre in Denmark see sound being processed by the brain. For Behrens this aims at improving hearing communication by ˝aiding our ability to remember what we have heard, and lowering the load on the brain to enable social interaction and engagement˝.

“ This is important because it brings in how hearing aids might be able to help combat depression, even dementia, ” Behrens points out. “ Our investigations aim at making our hearing solutions play an increasingly greater role in a larger healthcare agenda and why it is that hearing is then helping people minimise social isolation, he adds.

To these ends, the core brain research is augmented by more regular assessments such as speech-in-noise measurements and audiometry testing, all pushing the investigation to a deeper level that brings users’ emotions into the picture. But, as this expert explains, many people with at least moderate to severe hearing loss have fewer emotions when hearing sound because their working memory is so occupied with making sense of the core message that they have no residual capacity for the deeper meaning or emotions embedded in sound. Hence, the Eriksholm team’s ambition to put their different research strands together to make the entire system more effective. 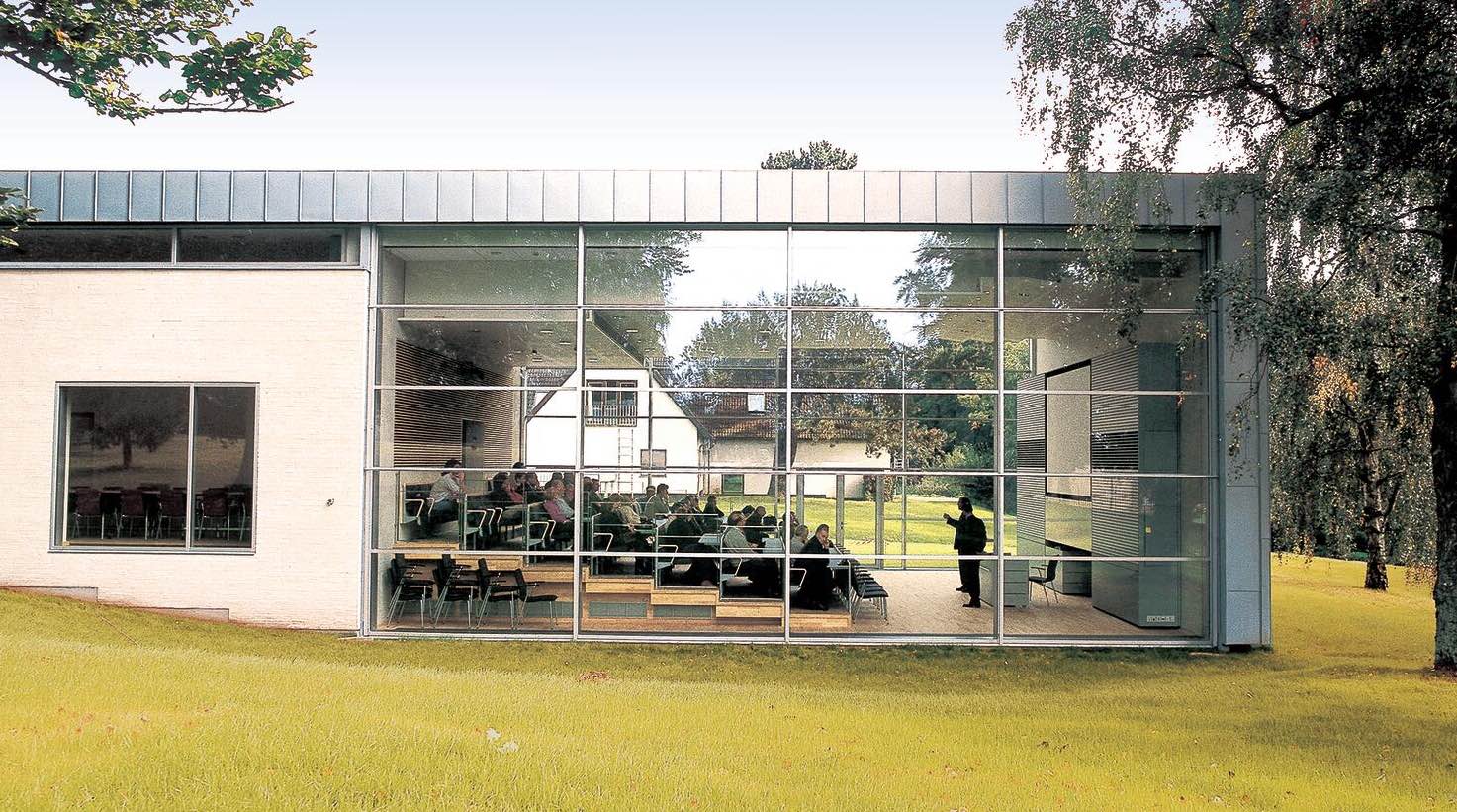 ”Putting these together, we can then see how much we have to support the brain to recreate this new two-tier processing that we are arguing for. By doing so, we make that auditory process more effective, and then the focussing that happens inside the brain is also working better,“  argues Behrens.

˝The brain has clearer representations of the sound that it can match with the similar representations that it has stored in long-term memory. This, in turn, frees up working memory to reflect on the auditory stimulation just received, and then that stimulation is indeed influenced by how you remember it and what emotions it brings to you when you hear the sound,˝ he continues.

While the BrainHearing approach seems to emphasise the need to give the brain the fullest possible soundscape, Behrens points out that the key hearing aid function of shaping the sound by diminishing irrelevant and confusing information is still, perhaps somewhat confoundingly, part of the plan.

We still change the sound to facilitate the auditory processing. We just use different algorithms to the traditional ones. What we actually see is that the activation we are creating is facilitating the auditory processing, and in doing so we are emphasising the algorithms we have in both our most recent products and what is in the pipeline. They are true to the BrainHearing philosophy. They are opening up the full sound scene but by doing so they are still emphasising signals with higher information content over signals that have less information. That signal that has less information will, of course, become a background sound, ” explains the Chief Audiologist.

Distilling all this into an effective message

Knowing how to distill findings into messages is never easy for scientists, particularly when, as is so often the case, they must work in or around commercial pressures. For the past year, Behrens and team have been carrying out a major update on how they discuss BrainHearing, reviewing the scientific literature in neuroscience, signal processing, audiology, and aspects of psychology, and trying to fit the pieces together. They found that much has happened recently, and deciding exactly how to talk about it was ˝a tough ride˝.

˝We’ve had to make some choices on where to simplify the messages whilst staying true to the core of what the scientific evidence is saying,˝ Behrens admits. But just how many audiologists will swot up enough on the BrainHearing science to try to convince a user to go for an Oticon device rather than a competitor’s, one with a fall alarm, perhaps, or one that might help them find a misplaced mobile phone, for example?

Behrens answers this with an appropriate blend of science, philosophy, and marketing speak: “ I have no detailed statistics on how many will do this, but for us it’s more about staying true to who we are and to the benefits that we can deliver. Those people that put more emphasis on finding a lost phone are maybe not the potential customers for us. We recognise the importance of hearing aids being part of a larger ecosystem,˝ he states, adding: ˝It’s really important to us that we can document that we are improving quality of life.˝

Nevertheless, Oticon is following up on the message by stressing best practice protocols, telling audiologists ˝if you want to achieve this kind of auditory activation in the brain, this is how the hearing aids should be fitted. Based on evidence, Oticon knows that patients being under-fitted means an increase in listening effort and a decrease in recall.

So, Behrens underlines that the first objective of a strategic exercise set in motion by Oticon a decade ago is to ensure there is a healthy scientific basis to the idea; secondly, they look to take advantage of the opportunities this basis provides.

The key here is that for Behrens’ team, the BrainHearing approach is not strapped on a posteriori within the marketing process for a hearing aid, but is actually instrumental in developing the technology behind the product.

˝Hearing care professionals really care about bringing benefits to their clients. They know that this is what will have helped them to ensure the longevity of their business. We recognise that some people find that hearing aids are too expensive; what we focus on is ensuring that we bring tried and true benefits following scientific best practice in substantiating the benefits that you are delivering. That’s how we’ve chosen to operate, ” Behrens concludes.