The Karpman Drama Triangle is a traditional analytical tool in psychotherapy that maps a typical scenario between victim, persecutor, and rescuer. How does it play out in the audiology workplace, and how can you avoid falling into the trap?

Karpman’s triangle, named after the American psychologist who originated the concept, describes psychological games between at least two people who are able to alternate between three different roles. “It is called dramatic because it is a trap that almost 80% of people fall into without realising it. Each individual involved plays a role that feeds their unmet and unidentified needs. Sometimes a paradigm shift can transform the victim into a saviour or an executioner,” explains professional coach, Catherine de Sinety. “When this happens, people are often uncomfortable because they do not immediately understand the need for their new role.”

Typical sentences give the game away.

Victims place themselves somewhere in the scope of the complaint-self-deprecation generalisation: “Why does this kind of thing only happen to me?”, “anyway...”, “it’s always...”.

“Unconsciously, the person who feels attacked really wants to be saved, but above all needs attention and to be pitied”, explains Catherine de Sinety. From there, the other person will assume the role of the saviour, equipped with ready-made phrases beginning with “Don’t worry, you are not alone, look...”, or conversely will use the victim’s weak point to develop suppressed aggression because of some unidentified problem. They then turn into the executioner. “You could still have...”, “you forgot again...” are among the persecutor’s habitual language elements.“Each actor in the drama triangle unconsciously fulfils their own expectations by playing their role, and this pattern manifests itself constantly”, the expert points out. And this is found even more in the world of work, a favorite terrain for power games. 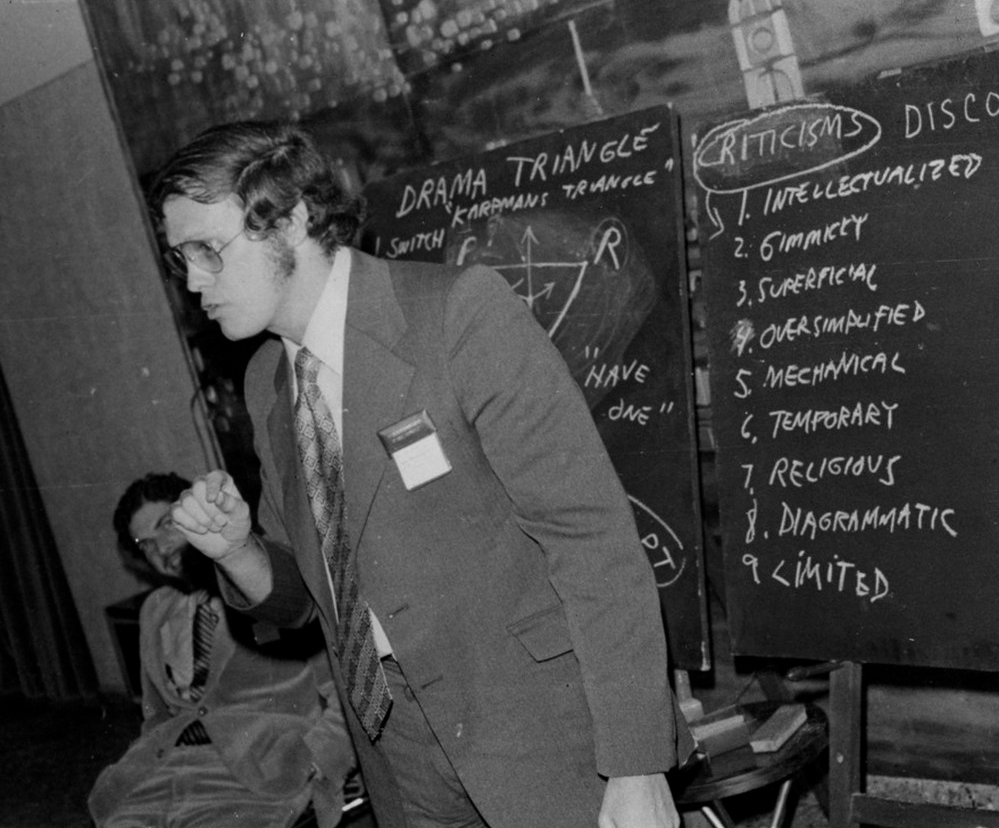 ©DR      Stephen Karpman, the US behavioural psychology authority who has identified a host of stressful situations (drama triangles) that lead relationships into toxic patterns.

How does this play out in the hearing centre?

“You can find this scenario with a patient suffering from a serious condition, for example,” says Catherine de Sinety. “We can consider a sample case of a persecutor. The hearing care professional arrives, but complaining of tiredness. Now, the practitioner is either psychologically stable, and asks to be of help, but remaining neutral; or, perhaps weakened by some recent or sudden problem, they can fall into the role of saviour or persecutor.”

The saviour clinician will answer patient: “You poor thing, I really sympathise with you”,  merging with the problem and giving patients the impression of taking care of them. But this is done without providing any concrete solution. If the professional becomes an executioner, they might add another layer to the game by pressuring the patient: “You in your condition, and look at the deplorable state your hearing aids are in!”

In this case, the unfortunate person is confronted by two persecutors: on the one hand, the condition, and on the other the aggressive practitioner.

Take another example: an overworked business manager makes an appointment. He is convinced that hearing care professionals are only in it for the money. He comes to the practitioner with this belief in mind and, by an unfortunate quirk of timing, when the previous patient had complications that have put the practitioner well behind schedule. “In the waiting room, he begins to ruminate on his negative thoughts,” explains Catherine de Sinety.

“The room has not been decorated for a long time. There are paint blisters on the ceiling, and the newspapers are out of date. The patient tells himself that the hearing care professional doesn’t care about his patients. This increases his nervousness. And further bad luck: all doctors tend to make fun of him. When the audiologist is finally ready, the patient begins his litany of complaints: 'Oh, if you only knew what state my hearing aids are in!’"

But, annoyed by being way behind, the clinician may be tempted to go on the offensive, and will then push the patient to the limit: "I told you that you had to dry your hearing aids every day, so why don’t you do it?” Cornered, the patient will try to justify himself. The fired up persecutor retorts: “You come to see me because you have a problem but then you don’t do what I recommend!”.

On returning home, the businessman will tell the story to his wife who, continuing the game, takes the saviour costume to pity him or, to the contrary, telling him that everything is his own fault, as in other areas of their family life. “Not all players in the Karpman triangle need to meet live for the scheme to operate,” points out the expert. 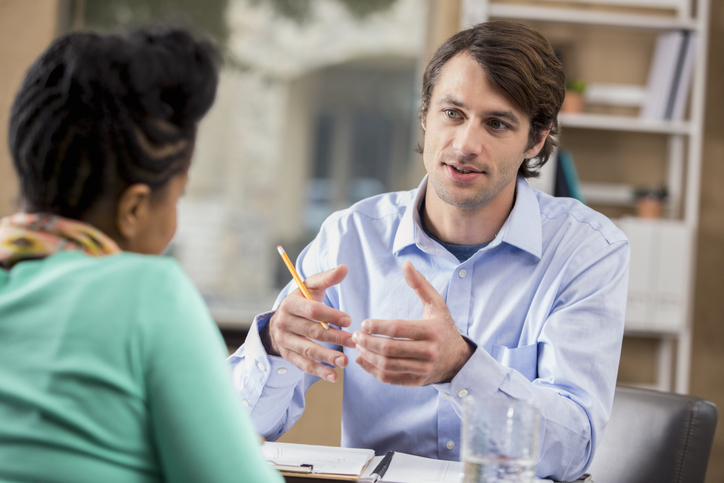 Between colleagues in the workplace

The equation also works amongst colleagues. Several patients might arrive late in the day. Imagine the following scenario: your assistant lacks a disciplined professional mindset and is sloppy with making appointments, and you point out the failing. But your partner comes to the assistant’s rescue, arguing that the delays are merely down to an unfortunate series of coincidences. Roles can also be reversed. “It is not always the authority that plays the persecutor,” nuances Catherine de Sinety. “An assistant who always arrives late can give the excuse of being too poorly paid to have the children looked after, thus placing the burden of guilt on the boss. People who get into these patterns are not bad people. They just haven’t worked on themselves enough to identify their needs,” this professional coach underlines. 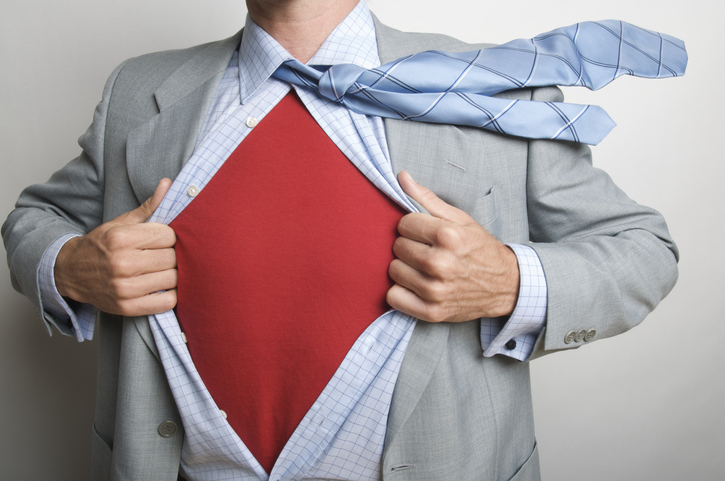 ©PeskyMonkey - iStock      The rescuer may just be playing another role in the drama triangle. Next role, executioner!

How to avoid the trap?

“The good news is that it is possible to avoid this trap, but to do so you must know that the triangle exists. You have to be honest with yourself and want to create authentic connections,” explains Catherine de Sinety. Here are some tips on how not to rush headlong into Karpman’s triangle!

• Be constantly attentive to your needs so you can meet them as much as possible. This way, your emotions won’t take you by surprise. Then you won’t take on a role without  realising you are doing so. When you hire someone, to limit risks you should state from the outset precisely what work is expected from each member of staff.

• When faced with a problem, remain neutral and professional by adopting an informative or interrogative posture, taking everyone’s opinion into account. You can organise a short information meeting every morning with your assistant. In the case that your assistant turns up late every day, rather than accusing or complaining, ask some questions: “How is your childcare set up?”, “What happened this morning?” “Ask questions about your employee’s needs, advises Catherine de Sinety.

• Adopt a posture of humility.”Instead of merging with the problem, get into the  questioning and try, for example, to readjust the schedules by providing conditions: “If you start work half an hour later, then that means that you will never be late again.” The objective is to propose solutions to meet the needs and problems of your teams.

• Listen to others and be constantly aware of your environment so you can anticipate a situation that is heading towards the Karpman triangle. This way, you can detect everyone’s posture in advance and defuse the bomb before it explodes.

• If a drama triangle arises despite everything, accept the role assigned to you: it is easier to detect the role of others than your own. Know how to recognize your wrongs so as not to make matters worse.

• Avoid innuendoes, comparisons, or reproaches towards team members. Show you value them by regularly complimenting them on tasks carried out, management of difficulties that arise, and their personal commitment.