With the ink drying on the US Food and Drug Administration's rule on over-the-counter hearing aid sales, Danish giant GN Hearing has registered its Jabra Enhance Plus technology in line with OTC guidance, moving immediately into the space previously regarded by some as a threat to the audiology profession.

But in throwing down the gauntlet to other traditional hearing aid market players, the move from GN clearly shows that its August 2021 release of this self-fitting "as and when" hearing aid" revealed the group's anticipation of OTC as an opportunity, rather than a threat.

Indeed, during much of the debate over the advent of over-the-counter hearing aids, many figures across audiology have predicted that the US-led removal of the requirement for devices apt for mild to moderate hearing loss to be prescribed and fitted by an audiologist could ultimately trigger more action for both the market and practices.

One line of thought is that the cheaper product will act as a first step that many of the 50 million Americans yet to seek a hearing loss solution will take like bait on a string, plenty of them following the string into the den of the audiologist well versed in pointing out the gravity of hearing conditions and the advantages of advanced hearing aid technology. Ding ding! Sales!

Jabra Enhance Plus, an OTC product 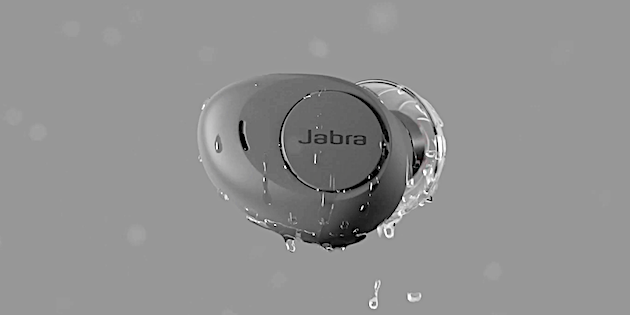 Following the issuing of the final rule by the FDA on August 16, 2022, GN announced it was seeking to register the Jabra Enhance Plus technology as an OTC product, "allowing consumers to buy the revolutionary product online and in retail stores, including Best Buy, expanding current availability within ReSound and Beltone hearing care clinics".

According to GN, "Jabra Enhance Plus has been selling through GN’s network of ReSound independents and Beltone partners and has succeeded in opening hearing health care to a new audience – on average, Jabra Enhance Plus users are 18 years younger than users of GN’s prescription hearing aid range." That assertion is based on internal GN research.

The thrust of GN's enthusiasm for the OTC revolution is based on the newly-enabled law opening up more access - more purchasing channels - for a first-step product, allowing "Jabra Enhance Plus to be bought as easily as a pair of headphones in Best Buy or online," says the group, which of course is entering a space where it will not only compete against other hearing multinationals with product meeting OTC characteristics, but also with many new kids on the block who see the category as their chance to plough consumer electronics into what was previously a protected medical area.

Meanwhile, here is the part of the strategy that makes GN's registering of Jabra Enhance Plus a test for the theory that OTC might bring audiologists and manufacturers more business. In its announcement, GN states that "for those looking for more support for a purchase or after having acquired their Jabra Enhance Plus set, the nationwide network of Certified Jabra Enhance Centers (supplied by GN’s select Hearing Care Professional partners) is available to offer consultation and advice to Jabra Enhance Plus users.

What are Jabra Enhance Plus' OTC credentials?

And the sweetest music, perhaps, for the customer drawn to the lower entry step offered by the OTC ruling is, as GN points out, that "the seamless set-up experience can be completed in minutes by the user, and they will have access to convenient and simple controls to adjust volume and focus mode for any environment they find themselves in."

Whatever happens now - whether having OTC devices in stores from mid-October leads to huge change in the price of and access to technology for hearing loss, or whether the puff of smoke dissipates to leave us beholding a market barely changed - a door has opened, and someone has dashed through it.