Ole Asboe Jørgensen has a winning, almost adolescent smile, the kind that lights up and makes you want to smile too.

Hence, interviewing him in the technicolor of momentary release from pandemic straitjacketing proves a whisker-licking media-industry game of cat and mouse: first one to keep a straight face wins.

The game is particularly difficult when Ole’s first pawstroke is: “I think it’s fair to say, based on independent data, that More propelled into being considered, on the whole, the best hearing aid in the world right now. And I don’t think that position is disputed.”

Our faces are cracking at this. He knows that I know that he knows every other manufacturer certainly would dispute it. Corporate loyalty may ordain such bragadaccio, but he blushes, resists the guffaw, and acknowledges: “I know, I know, everybody would dispute it!”

But let him tell us about the report from the Union Bank of Switzerland Evidence Lab, Q3 2021, on Hearing Aid Manufacturers, a survey of 500 US-based audiologists on a selection of top hearing aid brands, investor intel highly valued as a benchmark for putting money where experts say your mouth should be. And this highly exclusive document suggests that Oticon is seen as leading on sound quality.  “I think that’s the best evidence that we have,” says Ole.

We are smiling broadly.

“They have one question that sums it up: which product do you think has the biggest momentum right now. Within three months of launching More, it went into first place.”

Tech is a saturating race

The field is not easy to head, so even if the survey has More ahead by a neck, a year earlier it had also been Oticon (with Opn) in front, but then giving ground for a while to Phonak Paradise. It is hard to stay leader for long, evidence for Ole Asboe that technology makes for a frantic race. He takes a stab at seriousness and adds a dimension to that investor data: “It also says something about the dynamics of the hearing aid market. Technology goes out of fashion and into fashion at a speed that I have never seen before. It’s really dynamic.”

Isn’t it perhaps just too fast for the professionals who have to fit and dispense modern aids?

“To some extent it’s a saturating race, yes. I think that most hearing care professionals will not even try to understand the greater engineering depths of the technology in the hearing aid. But I think it’s important for our customers, the HCPs, to know that we are at the forefront of technology, because it’s a confidence that you are selling the best new solutions to your clients,” he emphasises.

“You could ask if it’s really necessary to have this technology race in this industry. I guess it’s a paradigm that we have to accept that our customers will only sell what they consider to be the latest, newest technology to their clients.”

Okay, but wouldn’t all top brand executives be saying they lead the market?

“Yes. But we have our position and that’s why I try to refer to something independent. Of course we can also see in our sales that we are successful by numbers.”

The wily Jerry facing a smart Tom might appeal to the latter’s sentimental side. What does Ole Asboe Jørgensen think about the way different producers tend to emphasise, at different times, technology over caring, or vice versa? Has Oticon compared what works best?

“We have done brand studies over the years on frequent occasions, and when we talk brand positioning I don’t think you can win in the industry without being considered one of the technology leaders. It’s simply a must to be a leader in this industry.”

“Then there’s caring,” continues Ole, now purring quite in earnest. “In my experience as a marketeer, you wonder how you can turn that into something tangible to both the hearing care professional and the user. That’s so much more difficult, at least for the manufacturer; you are twice removed from the person who really gets the product. The HCP is really a key component, and really the caring part.”

For Ole Asboe, this means the people at Oticon have to match their soft skills and make a difference by being “tangible” and bang up to date, just like the hardware. “It can’t be yesteryear or last year, it has to be that we are really innovative in driving better solutions to help people. I think that is caring.” 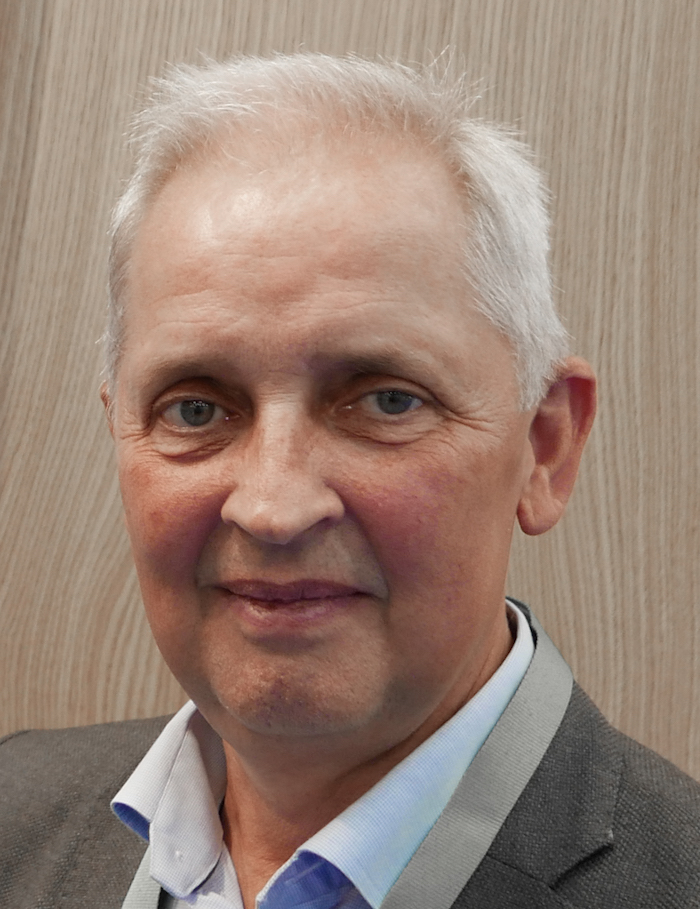 When, if at all, does innovation reach the end of the line?

In the race to saturation in which technology runs, is there a point beyond which the march forward hits the buffers? Ole is laughing because we’ve been here before, pointing out the easily glossed-over eternal launch cry of technology marketeers: “this is the best, most advanced, most you know, most lollapalooza device ever seen,... er, heard”. But More was the one, wasn’t it, so next what? Another non plus ultra, an Even More, a So Much More, a Roger Moore (oh wait, that would be Phonak’s)?

“DNN [Deep Neural Network] and AI was the first time. We can do more.”

Is that more or even More?

“There is a lot to be done. And basically I think some people who don’t have a hearing loss think that a device is a device, but overcoming that barrier of a hearing loss and recreating a sound scene in your head is still fraught with compromises today, and therefore I think there is so much opportunity for innovation into the future in looking at these compromises. How can we eliminate them one by one? There are a lot of them that we don’t quite understand fully, or how the brain really processes sound into the deepest detail, and we can move on.”

So, let’s move on. What is next for More?

“An Oticon More based on conventional battery technology. Not rechargeable. A new charger with battery pack inside and drying facilities for travel."

Non-rechargeable is not a step sideways?

"There are significant segments in the market today. I don’t think the future will have any of that but it’s a transition over some years and therefore we still need to cater also for that part of the market."

While the USA’s Food and Drug Administration drags its heels on issuing regulation for over-the-counter (OTC) hearing devices, the stable door has been left sufficiently ajar for the horses to bolt all over the field, with it being difficult to discern between the direct-to-consumer solution and what ever OTC might eventually mean. And even the least cynical observer expects OTC to be global. Surely all manufacturers will have a piece of this and bring out OTC product?

"No, we’re not planning on going in that direction,"Ole says firmly. "We are, of course, observing. The reason why is that we still think that people with hearing problems need to see an HCP and will end up with hearing aids." He draws a distinction between the USA’s problem of limited affordability and accessibility, and Europe’s state-assisted hearing care frameworks.

"In Denmark, it’s free of charge, there’s a private sector beside the public sector, just like in the UK, so there is access."

Apple will not want to do a Nokia

Fun and games tend to be paused when there’s talk of the big dogs coming into the garden. The rumbling fears that esteemed tech-wizard companies such as Apple might produce a dedicated hearing aid and threaten the established device manufacturers elicits the kind of breath one takes when a touch of calming sagacity can steady nerves.

"What I think is that Apple’s whole business model is the mainstream product, which has features that are accessible to all. The speciality of moving into a niche like hearing aids and going deep there is like doing a Nokia, and doing a Nokia is not a good thing. Nokia died in trying to meet the needs of all kinds of niches and segments, and Apple just has one product, basically one operating system that runs out of various products and AirPods. And I think that’s the whole secret for them, too much specialisation. So I don’t think they will enter our space."

"It’s a moment of doughty seriousness, one for which eyebrows are raised, heads nodded, and whiskers wriggled ruminatively. Then the moment breaks. "Yes, - laughing - we’ll see if I’m right!" says Ole Asboe Jørgensen.