World Hearing Day lights up from WHO to Toowoomba

Education, free check-ups, calls for action, charity field projects...under the auspices of the World Health Organisation (WHO) World Hearing Day provides audiology with the perfect excuse to spread the word on auditory health to the remotest places on the planet.

While the Dubai Health Authority marked the March 3 international day by announcing that CIs have been provided to at least 500 residents under Dubai Hospital's seven-year-old (2013-2019) Cochlear Implant (CI) Programme, oceans away in Fiji, hearing healthcare experts called for more hearing clinics and check-ups for children. Fiji specialist, Sevanaia Ratumaitavuki stressed that more than 70 children have undergone screenings this year for hearing impairment at Frank Hilton Organisation’s Audiology Department. He underlined that if hearing impairment is detected early, more can be done for children.

In India, the Gologhat area of Assam marked World Hearing Day under the banner of the Indian National Programme for Prevention and Control of Deafness (NPPCD), running an awareness rally, a quiz competition for students, screening camps, and grass-roots local meetings to educate the public on hearing care.

And the All India Institute of Speech and Hearing (AIISH) in Mysuru has written a letter to Prime Minister Narendra Modi, urging him to focus on hearing disability in his radio show. The step was welcomed by experts who have been pushing for universal newborn hearing screening to be made mandatory in India.

Manufacturers of hearing devices busily tweeted their efforts and messages on March 3. Swiss-based Sonova marked the event by sending an audiologist to explain the importance of good hearing to school children, giving them a simulated hearing experience that, unsurprisingly, they found "uncomfortable".

And the US giant Starkey linked to World Hearing Day through the charitable efforts of its Starkey Hearing Foundation around the world, projects personally supervised on the ground by its founder, William Austin and his wife Tani, co-founder of the foundation.

Battery manufacturer, Rayovac (Energizer Holdings, Inc.) is helping to raise awareness of hearing loss with the launch of a campaign to encourage people to talk more openly about their hearing, educating them on early signs and asking them to get their hearing tested. The campaign uses a relatable approach, centred around a number of ‘hearing personality types’, including ‘I’m ignoring it Ivor’, ‘I’m compensating Constance’, ‘It’s not my problem Peter’ and ‘I know I need help Helen’, and asks consumers to identify themselves or their loved ones from the line-up, supported with practical tips and advice on next steps. 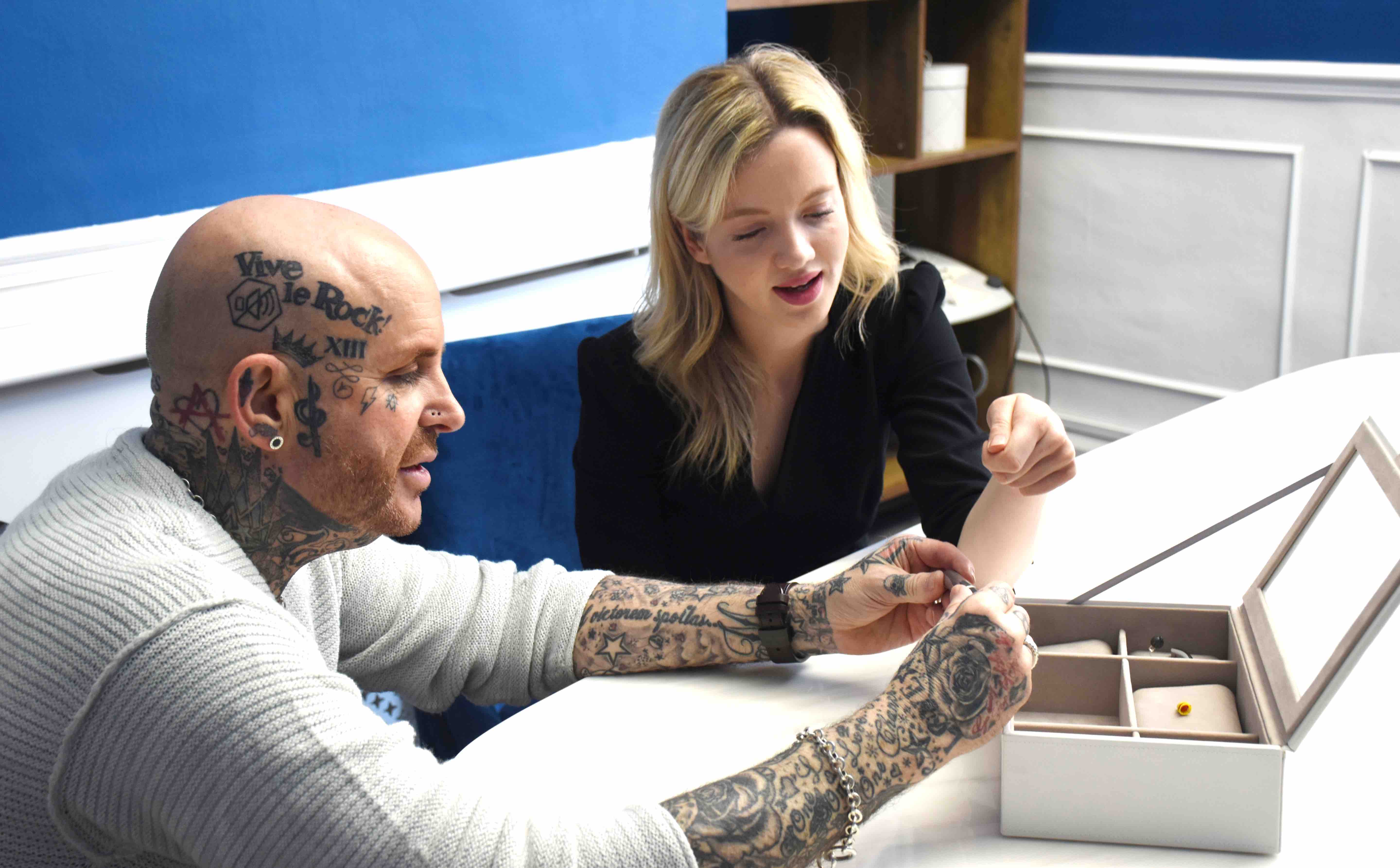 © Rayovac   Talking about it as part of the Rayovac World Hearing Day action, Audiologist Emily Balmer from the Hearing Suite in Harrogate and client Andy Boocock

Down under, in Australia, the Cochlear Implant Club and Advisory Association Queensland launched a cochlear implant support group in the regional "Garden City" of Toowoomba. In the capital, Canberra, a musical recognition of World Hearing Day, and of the terrors of tinnitus took place, with Canberra Symphony Orchestra bassoonist and practising audiologist Kristen Sutcliffe, herself a tinnitus sufferer, joining the ACT Deafness Resource Centre, and the workshop at the Hellenic Club, Woden, to provide vital information about tinnitus and how music can help as sound therapy and as relaxation, with examples performed by classical guitarist Steve Allen.

In its own global message, the WHO, promoter of the entire global hearing awareness day project, underlined that one billion people worldwide are at risk of developing hearing loss due to their everyday listening habits. Dr. Tedros Adhanom Ghebreyesus, WHO Director-General said "Today, we are reminded that our hearing is fragile. We must care for it and protect it." He called for greater access globally to hearing services.