Automated Audiometry: An Interview with the Creator of AMTAS, Robert Margolis, PhD

GSI: What motivated you to think of automated audiometry?

Dr. Margolis: When I was the director of the University of Minnesota Hospital Audiology Clinic I was dissatisfied by the amount of time my highly-trained, competent staff was spending doing pure-tone audiometry which occupied more of their time than any other billable activity. Two experiences solidified my belief that this was an inappropriate use of professional time. I performed a hearing evaluation on a highly-educated professional man who, after watching me through the window of the sound booth, said “Why do you have to push those buttons?” It was obvious to him that the procedure was perfectly amenable to automation. Why was I pushing those buttons when Wayne Rudmose said in 1963: The number of audiometric examinations made today has grown to such a magnitude that it is only natural that some of the techniques of measurement should become automated (Rudmose, 1963). Not long after that I had an unpleasant meeting with the hospital director who questioned whether my staff was productive enough. When I pointed out that they typically were in the clinic until 6 and then took reports home to write, she offered, ”Maybe you need to automate some of those procedures”. Since that time, I have looked outside the walls of the clinic. In the U.S. the number of hearing tests that can be conducted by all the audiologists is less than half of the need (Margolis & Morgan, 2008). Most countries don’t have any audiologists. Increasing access to hearing testing has become my major goal in developing automated tests.

GSI: How does automation help audiologists?

GSI: How can audiologists trust the results?

Dr. Margolis: Over time, audiologists become very good at assessing the quality of their test results and modifying their technique to ensure accuracy. The information they use to determine accuracy can be incorporated into an automated test and then the computer can do it better than a human. We developed a method for assessing the quality of automated test results that statistically estimates the accuracy of the test (Margolis 2007). Computer programs for measuring auditory thresholds have been around since the 1960’s. When you take the audiologist out of the procedure, it is not the process of selecting and presenting stimuli that is lost, it is the expertise of the audiologist for ensuring accuracy. Quality control is a critical feature of automated clinical tests. 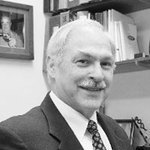 GSI: How does the audiologist build rapport with the patient if he or she isn’t doing the pure tones?

Dr. Margolis: That’s a riot. One of my favorite audiologists told me that manual pure tone audiometry is important for building rapport with patients. My experience has been when you put someone in a metal room, close the doors, watch them through a dimly lit window, and ask them to listen to sounds they can barely hear, I don’t make any friends. I have to build rapport in other ways.

GSI: Has automated audiometry been evaluated in real world situations?

Dr. Margolis: Automated audiometry trials have been conducted in a variety of clinics in at least four countries and in the homes of hearing-impaired people. There is a growing literature that establishes the validity of automated tests.

GSI: How was the development of automated audiometry funded?

Dr. Margolis: Some equipment manufacturers developed automated protocols for pure-tone audiometry internally. That kind of development is proprietary and manufacturers usually don’t share their validation methods and results. AMTAS® was developed with funding from the U.S. National Institutes of Health and the U.S. Department of Veterans Affairs. Validation methods and results are published in the audiology research literature.

GSI: Can you bill for automated hearing tests?

GSI: What is the business case for using automated tests if they are not reimbursed?

Dr. Margolis: Clinics should analyze the costs and revenue associated with their services. With the low level of reimbursement for pure-tone audiometry, and the cost of doctoral-level clinicians, the personnel costs probably exceed the revenue. It is not cost-effective to use doctoral level practitioners to perform routine tests that can be automated if the reimbursement doesn’t exceed the cost of the professional time. That time can be used more profitably for clinical services that require the skills of audiologists.

GSI: What other audiologic tests can be automated?

Dr. Margolis: Some already are. The first clinical instrument for tympanometry required the user to set the ear-canal air pressure manually and acquire the tympanogram point by point. It was quickly automated (without a peep from the audiology community). Several electrophysiologic tests are automated or semi-automated. Automated speech recognition tests have been developed and validated. Speech-recognition thresholds and word recognition scores can be obtained by an automated forced-choice procedure that requires the patient to select the response from a set of alternatives presented visually. The test scores differ from those we obtain with open set tests because chance performance is 1 over the number of alternatives (25% if there are four alternatives). Forced-choice tests have been around for decades and are a perfectly legitimate way to measure speech recognition ability but require different interpretation guidelines than our usual open-set tests.

GSI: If Rudmose said we should automate our hearing tests in 1963 why has it taken so long?

Dr. Margolis: When I started working on automated hearing test in 2000, I was shocked at the resistance from many audiologists. I expected audiologists to see what my patient and hospital administrator saw – an opportunity to move our profession forward with technology. Some sources of that backlash are: