The experiences of several audiologists working in one of Europe's hardest hit territories reflect not only scarcity of protective equipment, but also serious difficulties in processing claims for financial assistance from the Spanish government, reports Audios Infos editor José-Luis Fernández

Besides being a member of the governing board of the Spanish Audiology Associaton (ANA), Joan Ros is a hearing care professional with self-employed status. Like many others in his position, he has faced the first weeks of coronavirus restrictions with a feeling that the national government could have provided greater and faster assistance for his work and business.

"We are health services and we are not named as establishments under enforced closure, but when it comes to asking for assistance things get very complicated," stressed Ros, who faces a long and involved paper chase to request credits from the government. "Ways to accelerate all the assistance processes must be urgently found," he added.

Like Ros, for weeks the majority of Spain's independent audiologists had to find their own basic personal protective equipment (PPE), such as masks and gloves. Ros continued to attend home emergencies. He underlined that the prevalence in hearing care of patients of advanced age, those under the greatest threat from the virus, makes audiology one of the professional sectors most affected by the economic transcendence of the coronavirus crisis. "People need to hear; they cannot be left without attention in these difficult times when the hearing sense is essential for communication with the family and one's environment," stressed Ros.

Over the Easter period, the fatality curve from Covid-19 complications in Spain appeared to be past the flattening stage and falling, with daily deaths gradually in decline, although the rate of new cases was still high, a reflection of the country's position as the European country with the highest number of total Covid-19 cases.

By Wednesday, April 15, that figure for total cases was approaching 178,000, with 18,579 Covid-19 deaths counted. The lockdown conditions in Spain have been among the strictest worldwide, with no outdoor exercising allowed—except for those walking dogs—and fines set at between 600 and 60,000 euros. From March 14 to April 12 police had handed out 401,009* fines for violation of the confinement orders.

One hearing care professional in Granada (southern Spain), Álvaro Sainz, put social function first in his work. "We are not looking for profits, just to provide a service," said Sainz, from the city's Andaluces Hearing Centre. "Basically, I am attending health workers, laboratory analysis technicians, and people working in hospitals, as well as urgent cases such as the elderly or children with serious hearing problems," said this professional."

Finding gloves was not a problem for Álvaro Sainz, and he also provided pairs for patients to make them feel less anxious about infection. But masks were initially "impossible, so I was using some shorts, the kind used for running," he added.

The impotence felt by Spanish hearing care professionals was summed up in the rawest terms by Murcia-based audiologist Sheila Templado, who has called for the sector's associations to make its voice heard by the "insensitive" government. "We thought we were untouchable, that a modern Western country would never have something like this happen, but arrive it did and it caught us all on the hop," Templado stressed.

"With a health system—the best in the world it's true—but the best health system collapsed because of inaction and denial, prior to the risk, by those in our government and by the media who, without taking containment and prevention action, tried to minimise the problem for weeks; now we have professionals stretched to the limit, infected in their tens of thousands, and millions of citizens facing an uncertain future," this professional blasted.

"Although Murcia was the last autonomous community to register cases, it was among the first to order confinement, and I sent all my staff home. One week earlier, like all the non-experts in pandemics and infectious diseases, I had thought this impossible," she continued. 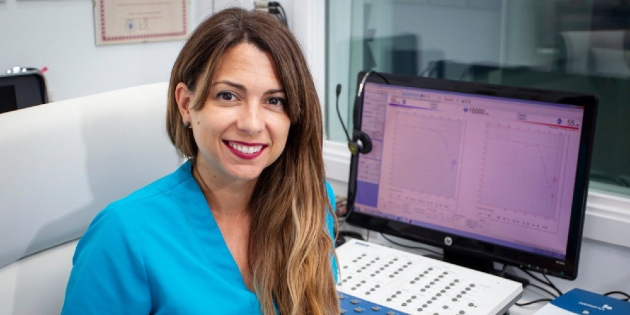 "To our surprise, our activity wasn't stopped by the government's state of emergency decree; neither those of our profession, nor dentists, physiotherapists, nutritionists, opthalmologists, speech-language therapists, and other related health professionals that are necessities for improving quality of life, but are not indispensable for the survival of the population. If we closed the doors of our business and sent our employees home, it was down to us and at our risk," continued Templado with anger.

"Furthermore," she continued, "if things don't change, despite having zero activity and revenue, or with our income having fallen by more than 90%, the national insurance contributions and taxes will come steamrolled out of our bank accounts. The government's solution is 'get into debt to continue to pay taxes'."