They are highly dedicated, eminently professional, and well up to speed on technology...and they are much more: winners, Audiologists of the Year. All the successful national European audiologists for 2019 have now been announced.

Now in its twelfth year, the competition honours the top hearing professional in each participating country, nominated by their patients, who have received excellent levels of support, service and care from their audiologist. And these winning audiologists from six countries will now vie for the coveted title of European Audiologist of the Year 2019. The winner will be announced at an Evening of Excellence and networking event on October 16, 2019 which will be held on the RAYOVAC® stand at the EUHA Congress and Exhibition, the world’s largest congress of hearing aid acousticians in Nuremberg, Germany. 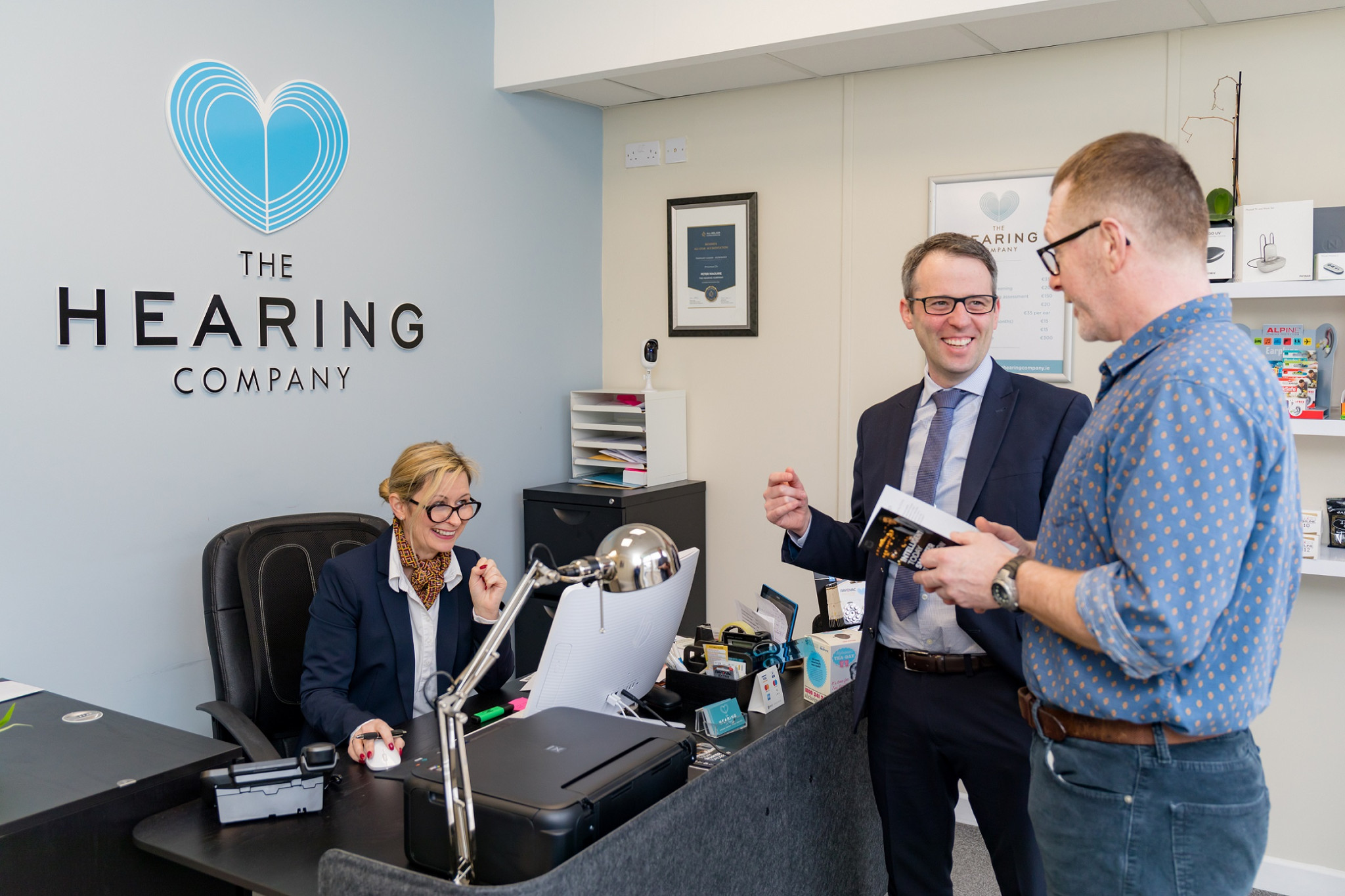 Peter Maguire, an audiologist from The Hearing Company in Castlebar, County Mayo has been named as the top hearing professional in the Republic of Ireland. Peter’s nomination is a truly international affair, having been penned by Michele Reilly who lives in Clapham, London in the United Kingdom. Michele was moved to write the entry on behalf of her mother, a retired nurse with severe hearing loss who lives in Ireland.

Ths story of how Mr. Maguire helped Michelle Reilly's family is just one of many a panel of judges worked through. Such testimonies make the annual process of finding winners a very tough call. The kindness and professionalism of all the nominated audiologists makes them all worthy, but some cases stand out as the jury examines questions such as efforts beyond the call of duty, and knowledge of the latest technology in hearing care.

"Throughout the process he provided my mum with unwavering support, seeing her at the last minute, calling out to her home on more than 10 occasions," said Michelle. "He really understands the importance of hearing to people living alone, where it keeps the brain active and engaged with stimuli to prevent cognitive decline, and is key to preventing loneliness and isolation. He genuinely cares about my mum’s needs and has worked tirelessly to find a tailored amplification solution that works for her. He is an ideal role model for junior audiologists."

Mariëlle de Heer of Hans Anders in Dordrecht has been awarded the national title of Audiologist of the Year 2019 for the Netherlands. Mariëlle was nominated by her patient Elsbeth, who described how her speedy response led to the discovery of a benign brain tumour and, with the right diagnosis and treatment, opened up her world and improved her confidence. Elsbeth's testimony told how “Mariëlle has become more of a friend then just an audiologist. She was very concerned about me and frequently called me on the telephone to ask how I was feeling. She is an absolute darling; an expert and professional audiologist who is genuinely interested in her profession and the people whose lives she makes better, clearer and bigger by finding them the right hearing aid. She recommended equipment that helped me to hear the doorbell, the alarm clock and smoke detectors.” 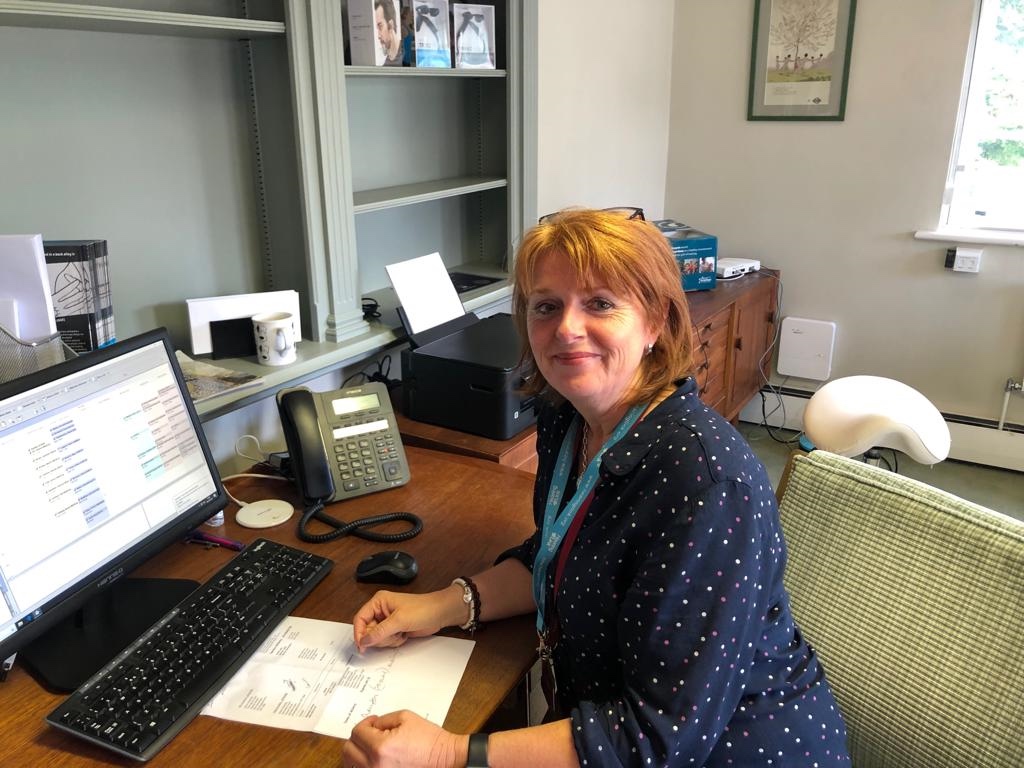 Paula Cook of Aston Hearing in Amersham Buckinghamshire has been named as Audiologist of the Year 2019, for the United Kingdom. Paula was nominated by her client Heather Cooper, who now lives in Turkey, having retired there following the death of her husband several years ago. The former client of Aston Hearing Services was pleased to hear from staff at the clinic after liking one of their social media posts on Facebook and was delighted that they still remembered her. Eager to help a client of Aston Hearing for 17 years, Paula Cook arranged to take her summer holiday in Turkey at a resort near Heather’s new home and ended up being of great assistance to Heather's friend and neighbour, Dora.

Heather recalled: “The day we arranged to meet for the fitting was a day I will never forget. Paula was so kind and appreciated that Dora would find the introduction of sound at this stage of her life, having very poor hearing for the past 25 years, quite difficult. We took it slowly but all our fears diminished as soon as she fitted the hearing aids to Dora – her face broke into the biggest smile I have ever seen. Then came the tears and emotions from all of us. We went outside of the apartment and wandered down to the beach. Dora looked astonished – ‘I can hear the sea’ – ‘I feel that I’ve been born again’ she said.” 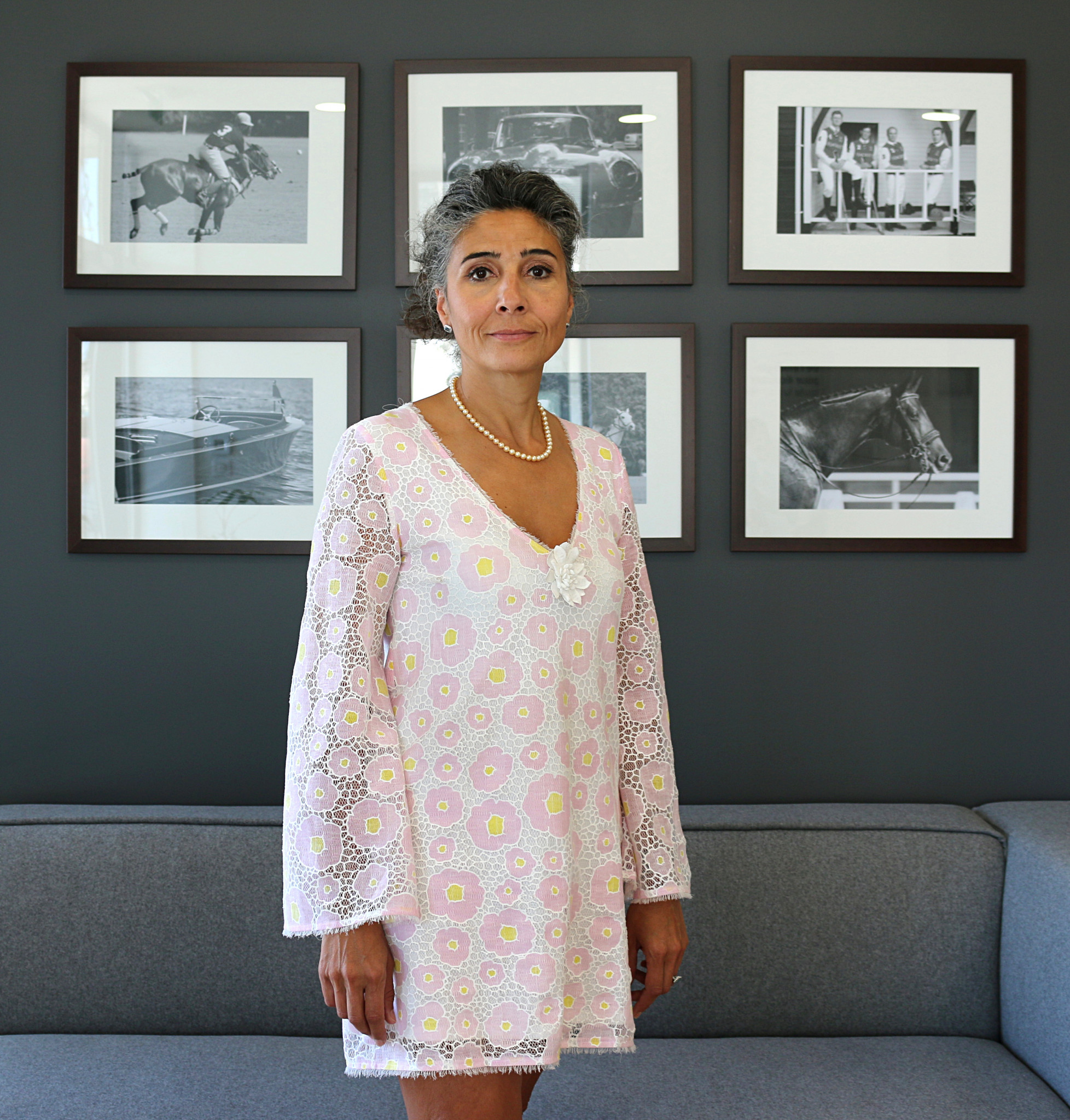 Natacha Chetritt-Bonneyrat of Hearing Institute of Resources has been awarded the national title of Audiologist of the Year 2019, for France. Natacha was nominated by her patient 46-year old Marylise Albenge. In her emotive nomination Marylise described the significant impact that her audiologist’s holistic approach and technical skills have had on her life. “Without her, I would still be living like a recluse. Before I met her, I had been living that way for five long years.” 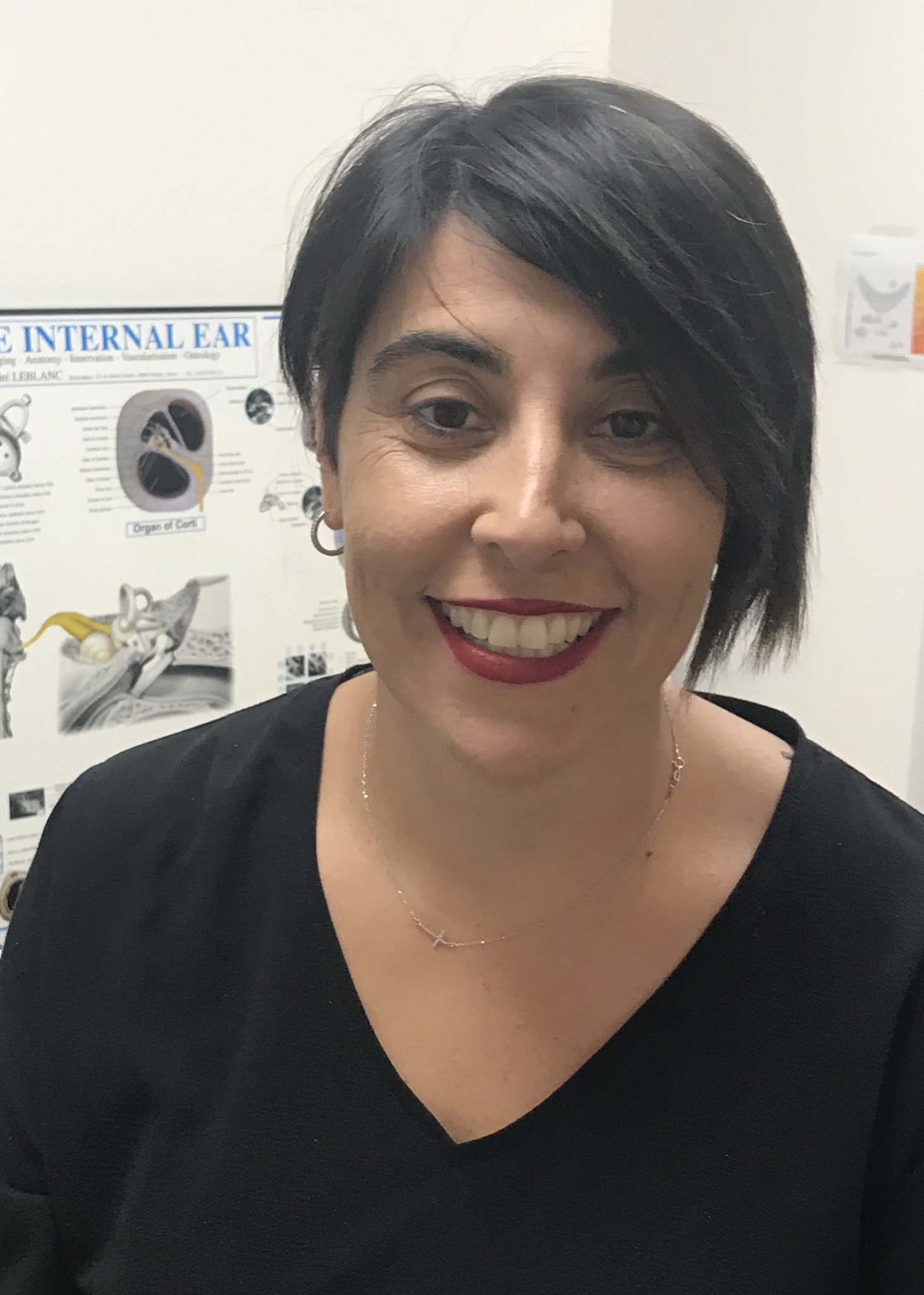 Laura Girón Mairal of Clínica Universidad of Navarra in Pamplona has been awarded the national title of Audiologist of the Year 2019 for Spain. Laura was nominated by her patient Joaquín Cuetos Alvarez from Pola de Siero, Asturias. In his emotive nomination Joaquín, a family doctor in a rural practice, detailed the approach Laura took to help him recover his hearing, reprogramming and reconfiguring the acoustic parameters of his hearing aids. This included performing numerous adjustments and audiometry tests until he could understand the words.

“Over the years the hearing loss was progressing and with it the limitations increased, until I considered a new assessment. I was offered new hearing aids for both ears - a change I perceived as a miracle.”Now retired, Joaquín described the impact on his social life: “I have resumed my social life - and not only social gatherings around a table but also, and more importantly, I have started dancing again. I appreciate tremendously that I have recovered the ability to hear ambient music. 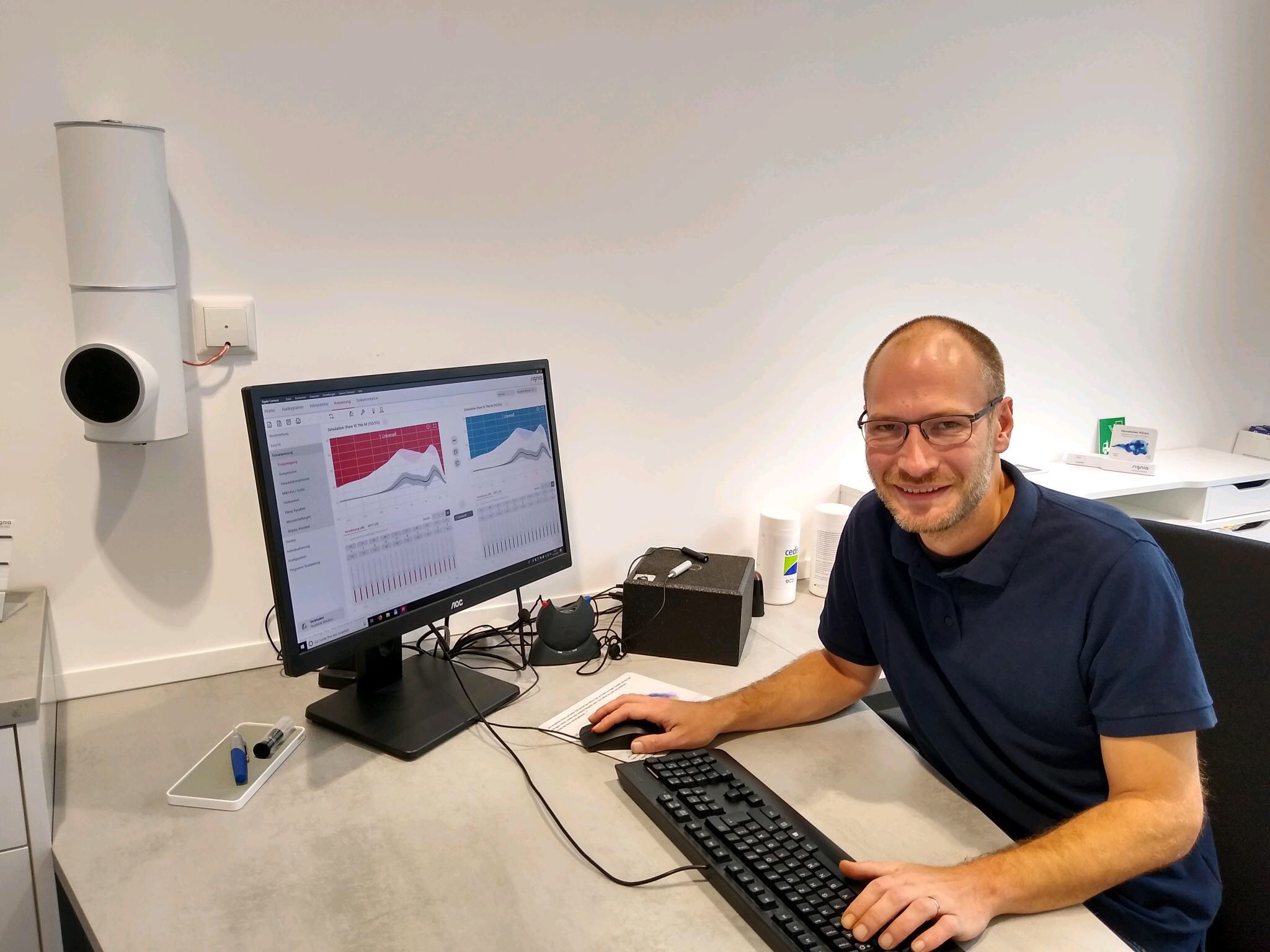 Jens Warnecke from Fürth has been named as the top hearing professional in Germany. Jens was nominated for Audiologist of the Year 2019, Germany by his patient Marion Ziegler from Oberasbach. Marion detailed the impact that acute hearing loss had on her life, prior to consulting Jens. Speaking about their relationship since undergoing a successful Cochlear implant, to curb deterioration in her hearing to just 5-10% in her right ear, Marion said: “Jens's strong insistence finally persuaded me to undergo the procedure. I now have a completely new outlook on life. Jens still lends me his support with his incredible expertise and dedication. On his advice, I am currently trying out a new hearing aid which is a better fit for my Cochlear implant. Considering that I am no longer using my own ears to hear, I am astounded at what is possible in our day and age.”

Paula Brinson-Pyke, Marketing Director at RAYOVAC®, commented on the long process towards finding these national winners: “We receive a high number of outstanding entries each year, showcasing the impressive standards of work that is taking place and this year has been no exception."

Meanwhile, the difficulty of choosing between so many noble professionals was summed up by the Secretary General for EHIMA, Stefan Zimmer: “Picking a winner from so many detailed and heart-warming nominations is never easy. What we are looking for is those hearing care professionals who are going above and beyond merely expected levels of care in their practice."

Visitors to October's EUHA Congress in Nuremberg can attend the annual Evening of Excellence and networking event on Stand 401, Hall 4A, Wednesday from 5pm, where one of these national winners will be announced as the 12th European Audiologist of the Year."