Audiologist of the Year 2017: Get to know the 7 country winners

Audiology Worldnews wants to introduce you the winners of the Audiologist of the Year 2017 contest. This annual competition is run in partnership between Rayovac, Audio Infos, the European Federation of Hard of Hearing People (EFHOH) and the European Hearing Instrument Manufacturers Association (EHIMA). Congratulations to these great professionals! 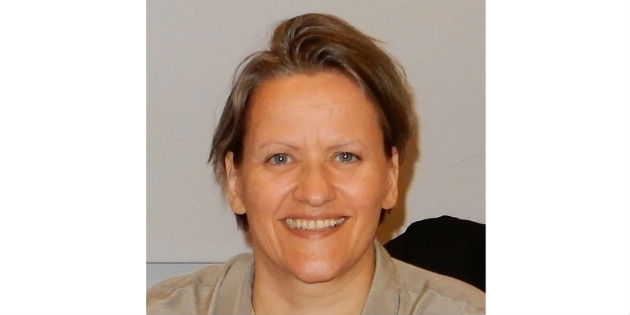 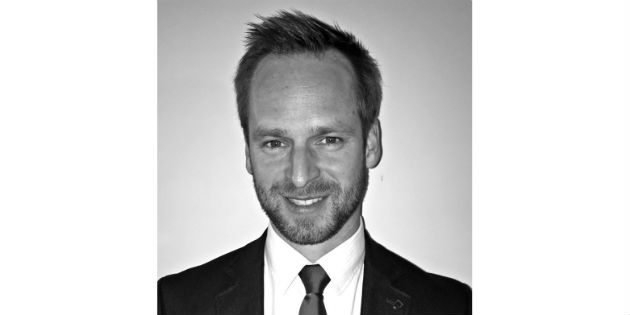 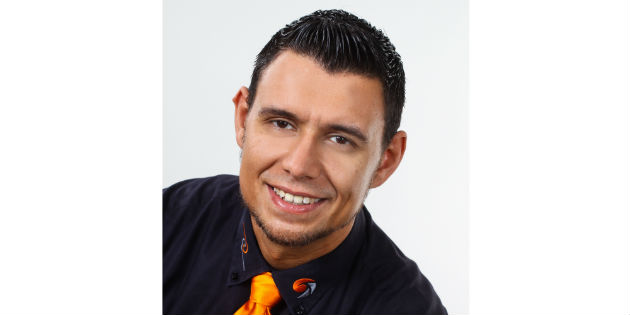 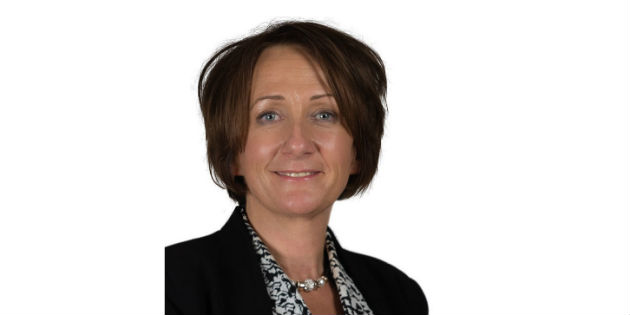 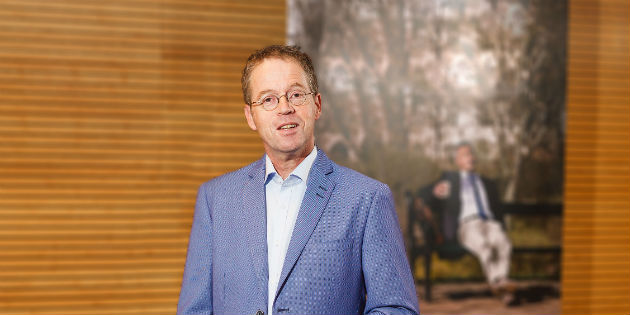 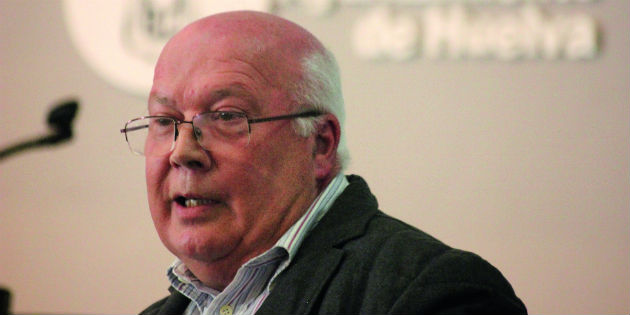 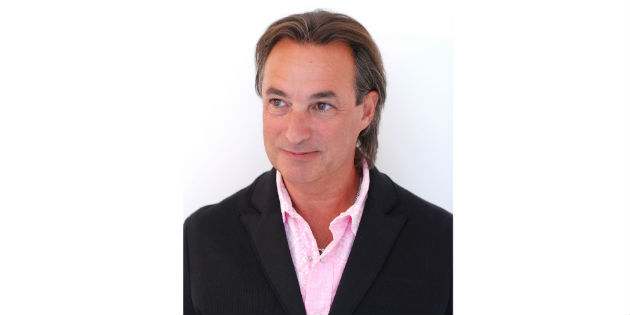 “For my children and I, Mrs Menhardt is the best hearing technician.”

Herdis Menhardt was nominated by Heidi, who, in her entry, described how Herdis understood hearing aids perfectly. Heidi is almost deaf and her three of her four children are also hearing impaired, some to a high degree. Thanks to the patience and support of Mrs Menhardt, Heidi and her family have found optimal hearing aids for their needs and are checked every year, ensuring everything runs smoothly and fits in around school, university and professional life.

In her heart-warming nomination for Herdis, Heidi said: “Herdis is the most competent, most informed and patient hearing professional I know. She understands hearing aids perfectly and is a master of computers and special programmes.

“I am almost totally deaf myself, three of my four children are also hearing impaired, so our experience in this area is very broad. Thanks to this audiologist, we have found optimal hearing aids for our needs. For my children and I, she is the best hearing aid technician.”

“Mr Potier helped changed my father’s life in retirement. His hearing aid has given him renewed confidence to stay active.”

Morgan was nominated by Celine, who, in her entry, described how her father had renewed confidence in retirement thanks to developing a lasting relationship with his hearing specialist. She described how Mr Potier had expelled her father’s fears, answered his questions and above all, made time for him.

In her nomination for Morgan, Celine said: “My father needed someone who could talk to him both in a scientific way but also with enough tact to help him accept the facts. Mr Potier was able to do this and more; he got my father to try out some hearing aids, which completely convinced him of their benefits. Now he wears his device for more than 10 hours a day.

“Thanks to his hearing aid, my father, even though his is retired, has been able to take up his volunteering again and participate in meetings related to education – something he’d given up on because of his hearing loss.”

“Mr Celik listens to me, takes me seriously, and above all, he believes in me when I tell him about recurring problems.”

Haluk was nominated by Tahani, who, in her entry, described how he had gone out of his way to listen, ask questions and explain things. She also described him as helpful, a creative-thinker and someone who went above and beyond to find a solution to her problems.

Tahani was born hard of hearing in 1968 and wasn’t fitted with hearing aids until 1973. Her hearing aids started to deteriorate in 1998 and she had seen countless hearing technicians with no success, until she met Haluk Celik. Thanks to his help and support, Tahani now has ‘normal’ hearing and describes this as something she “will be more than grateful to him for my entire life.”

“Yvonne radiates warmth, empathy, genuineness and always shows a positive regard for me as a patient, no matter my moans.”

Yvonne Doyle was nominated by Robin, her patient who had suffered from hearing loss all his life. Robin describes how socialising was difficult because of crowd noise and he wasn’t able to listen to the radio and the classical music he used to love.

Robin said: “Yvonne impressed me from the start. She radiates warmth, empathy, genuineness and always shows positive regard for me as a patient. After thorough consultations with Yvonne and the prescription of new hearing aids, I am transformed.

“I now have very comfortable and powerful hearing aids, sleek and well-fitted. I can hear the birds in our garden. I am so ‘back in the moment’ that I am smiling to myself. It’s a great, uplifting experience to have the details back in my life, my hobbies, the sounds of my cat, all the minutiae which make up normal life.

“After only a few minutes, I knew I had come to the right place. Mr Lobato showed experience, insight and empathy towards my hearing needs.”

Erwin Lobato was nominated by Annelies, who, in her entry, described how she had worn a hearing aid since she was nine after being born with a hearing deficiency. At 70, she had become sceptical about digital hearing aids and was still wearing her analogue hearing aids. That was until Erwin impressed her with his experience, insight and empathy.

Annelies said: “After only a few minutes, I knew that I had come to the right place. We had a very long and honest conversation, followed by a very thorough examination of my hearing. After 11 sessions adjusting the digital hearing aids in tiny steps, we have now arrived at a fantastic result. My hearing is even better than it was with the analogue hearing aids, something that I would have never thought possible. In company, I can now get by perfectly, even when people are talking all at once at social gatherings. I have heartfelt gratitude for Mr Lobato’s expertise, patience and passion.”

“My audiologist has been part of my journey through life and has been there for me whenever I’ve needed support.”

Sebastian was nominated by Silva, who, in her entry, described how her audiologist had been part of her life for many years, having been there for her as a child, as a wife and as she embarked on motherhood.”

Silva said: “Since I've been going to him, he has treated me and my family with a lot of care and affection. Whenever I've needed to change hearing aids, he has always taken my needs into account to choose those best suited to my lifestyle. His priority is that patients lead as normal a life as possible, regardless of hearing loss. He’s very committed to raising awareness of the hugely undervalued nature of audiology in Spain and the major impact this has on quality of life for so many people.”

“My audiologist made such a difference to my life that I was suddenly able to hear things I hadn’t heard for 20 years.”

Robert Beiny was nominated by Christine who, in her entry, described how he didn’t just fit her hearing aid, he also gave her hope for the future.

In her heart-warming nomination for Robert, Christine said: “My first impression of Robert was that he was kind, sympathetic, calm, reassuring, competent and knowledgeable. Fifteen years on, I can certainly say that impression was spot on. He gave me hope. “He has managed to help me keep pace with my hearing loss (I have a severe to profound loss in both ears) by fitting me with the latest aids that might give me an edge in the hearing world. I'm never sure which of us the most excited by the latest technology!

Robert Beiny is Audiologist at the Hearing Healthcare Practice in Harpenden, Hertfordshire.


Next stage: European Audiologist of the Year

Judging is now taking place to decide which of the country winners from the participating countries will win the overall title of European Audiologist of the Year. The winner will receive a cash prize along with a certificate, which will be presented at the annual Evening of Excellence in Hanover, October 19th, during the EUHA Congress.

Let's congratulate once more these top audiologists while wishing them all the very best of luck!