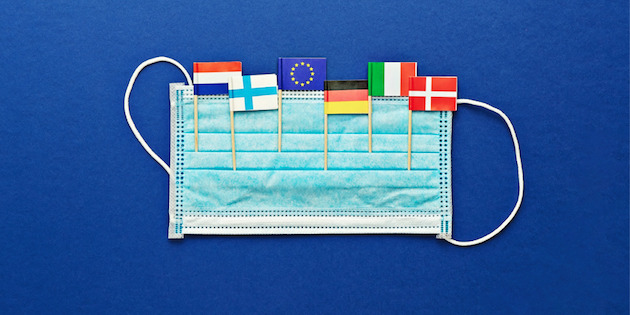 A new research and development center, called the Genomic-Based R&D Centre for Hearing Science, which focuses on genetic forms of hearing loss, has been opened in Grand Falls-Windsor, reports the Canadian Broadcasting Corporation (CBC).

The center is being funded by the Atlantic Canada Opportunities Agency (ACOA), the provincial government of Newfoundland and Labrador, and Memorial University, St. John’s. This part of Canada was chosen specifically for this type of genetic hearing research because it has what is known by geneticists as a ‘founder population’ and because families here are traditionally large. This means that the research team can assess patterns of hearing loss within families and across multiple generations.

“This is a special day, because this is really about patient impact,” said Terry-Lynn Young, a Memorial University professor who has spent more than a decade carrying out research on specific genes that cause hearing loss in Newfoundland families. “What we’ve never been able to do is actually bring in the families who have hearing loss, and have an in-depth look at what type of loss they have, and perhaps how we can make things better for their hearing aids,” she added.

One of the aims is to work with computer modelling to develop algorithms and then incorporate the results into hearing devices to improve hearing aid performance for people with different types of hearing loss. McMaster University in Hamilton and Western University in London, Ontario will also provide support to the center.

Full Q2 2020 hearing instrument market data has been released, confirming that both private and NHS sales were pushed off a cliff by COVID lockdown policies.

An ongoing study by the University of Manchester has underlined that use of face coverings is leaving patients and professionals struggling to engage and connect.

Read more...
Cochlear launches tool to help adults with hearing aids decide if they could benefit from implants

A new online tool using language-independent tests to assess a person's ability to discriminate similar speech sounds offers adults struggling to hear with hearing aids a self-testing comparison of how cochlear implants might do the job.

The online format now chosen by most events to circumvent pandemic restrictions is also the route taken this year by the MENASA region's star audiology event, Dubai Otology, which will run from November 18 to 20.

A 2020 survey by UK hearing aid manufacturers shows higher UK figures for self-reporting hearing loss than in figures from the latest EuroTrak market survey for the same country, and significantly more than the European average.

As with other sectors, hearing healthcare has been pushed into virtual spaces to get across its messages, but the shift to remote needed a landmark event to underline not just its arrival, but perhaps also its effectiveness as a post-COVID medium. Enter GN Hearing.

Hot on the heels of the recent launch of its Livio Edge AI hearing aid, the US manufacturer Starkey has now expanded its features to include a "first-of-its-kind" speech enhancement feature, and technology to help wearers find their smartphones.

The success of Sonova's Phonak Marvel hearing aids needed a guarantee of an afterlife to keep the story going: Audéo Paradise is how the core prayers of the Switzerland-based group's consumers have been answered.

Using the human ear anatomy as the point of sound collection for a hearing aid is a method that has eluded efforts in modern hearing aid tech and design, but GN Hearing is claiming a major breakthrough with a device that places both microphone and receiver directly in the ear.