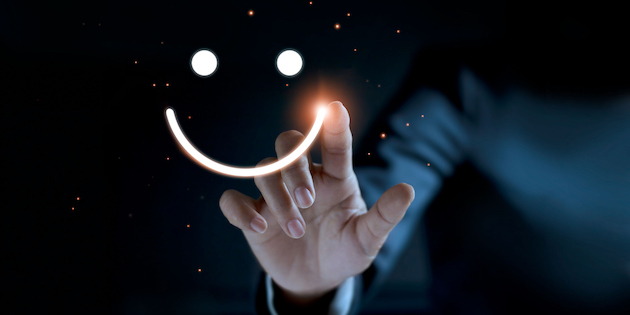 Hearing healthcare in Brazil: an example to Latin America

Over the last decade, Latin America’s biggest country has shown its capacity to provide care to hearing impaired people by implementing an integrated public program. But a lot still remains to be done. Among the main challenges to address: a better hearing centers’ geographical distribution and the universal NHS implementation.

When it comes to hearing care in Brazil, there is a ‘before’ and an ‘after’ 2004. Indeed, in 2004 was launched the National Hearing Healthcare Policy (« Política Nacional de Atenção à Saúde Auditiva ») that set an integrated hearing care program through the Unified Health System (Sistema Único de Saúde – SUS), the Brazilian public healthcare network. The National Hearing Healthcare Policy provides integral and free-of-charge care, including hearing aids dispensing and rehabilitation. There are now about 150 hearing care centers across the country implementing the program and providing care to hearing impaired people.

Two thirds of the HA market is public

So far, few population-based survey on hearing impairement prevalence and incidence have been carried out in Brazil. Bevilacqua et al. (2006) detected disabling hearing (DHL) loss in 4,8% of their sample while Gondim et al. (2012) appraised this number at 7%. Based on these two statistics, the number of Brazilians suffering from DHL could be estimated between 9 and 13 million.

One of the National Hearing Healthcare Policy’s consequences has been a huge increased of Brazilian hearing aid market which has approximately tripled since 2004. There is no official sales statistics but one reckons at 300,000 per year the number of hearing instruments currently traded in Brazil, 200,000 unities being purchased by the government.

Not a paradise for hearing impaired yet

The healthcare public policy and a bigger hearing aid market has been reflecting on audiologists gatherings. The EIPA – International Meeting on Hearing Aid – has been held in São Paulo since 2004 and has become a must-attend event. The EIA – International Meeting about Audiology – is another important congress for hearing care specialists. It has been held for 28 years and its ‘forums’ have been a place for exchanging experiences and having discussions about technical topics as well as public policies to (be) implement(ed) and/or improved. So, is Brazil a paradise for hearing impaired people ?! Not yet. In spite of a less-than-5% unemployment rate, the country shows one of the world’s most unequal income distribution, bringing deep socioeconomic and geographical contrasts that also reflect on public hearing care. Government-run centers are inequally spread on the territory, with 65% of the unities located in urban centers in the South and Southeast regions. From the 7,040 Brazilian ENT doctors, 6,237 practise in cities with more than 100,000 inhabitants and only 12% of the 5,565 towns do take advantage of ENT doctors.

Brazil’s population of 190 million is distributed over an area of 8,5 million km2, meaning patient transportation hurts the health system with travel cost and also patients through income and time losses. To address this burden, the country has been developping and implementing since 2007 a tele-health program whose first goal was to enhance primary health care and ease remote education and assistance. The program was redefined in 2010 with a broader aim: to improve the quality of services for all levels of care. Today the network is made of more than 1,500 tele-health points in almost 1,000 cities through which health workers are provided with tele-health services.

FM sytems will be soon provided

Brazilian audiology did not wait for the national tele-health program to embrace this promising field. Tele-audiology actions began at the end the 1990s and there have been research on remotely provided hearing aid services since 2004. One of the focus has been Therapeutic Patient Education (TPE), a patient-centered process which aims at improving patients’ knowledge and skills to deal with health issues.

In the Brazilian context – a still-developing country with continental dimensions –, tele-audiology is considered as a strategic line to improve the provision of hearing care services while keeping costs under control.

In order to better balance hearing care centers localization across the country, the Ministry of Health has redefined its orientations. The next rehabilitation centers to open up will necessarily integrate several modalities – among them hearing impairment – and the top priority is to build new facilities in North and Northeast regions, instead of accrediting existing services. Novelties will also come to implement universal newborn hearing screening. Despite the 2010 Federal Law that theoretically made mandatory NHS through otoacoustic emission in all Brazilian maternity hospitals, a minority of baby are still being screened. The Ministry has recently reaffirmed its willingness to implement univerval NHS. Finally, 2013 could also bring some good news for Brazilian hearing impaired kids’ education. Indeed, SUS should unveil this year free-of-charge FM system provision.

Although still not a paradise for hearing impaired people, Brazil can be considered as an exemple to Latin America… as well as to some other countries overseas.

As hearing aid fitting, cochlear implantation in Brazil is also mainly a public matter. From the 40 existing cochlear implantation centers, 25 are SUS-accredited clinics or hospitals, performing free-of-charge CI. In 2012, about 1,000 surgeries occurred in the country, 70% to 80% being underwent through the SUS. A 10% to15%-increase is expected for 2013. Brazilian government pays 43,830 reais (approximately US$ 22,500) for each cochlear implant, and prices can reach 70,000 reais when devices are sold on the private sector.

One of the most recognized CI center is the Hospital for Craniofacial Anomalies (HRAC) which is located in Bauru (360 km from São Paulo). Better known as « Centrinho », the hospital was precursor in the implementation of a CI program in 1990. The team had to adapt pre and post-surgical protocols and establish procedures routine and patients flow. In 2012, Centrinho reached the landmark of 1,000 CI surgeries and over the two decades, its professionals published more than 600 works related to cochlear implantation.

So far, SUS-accredited centers do not perform bilateral CI and candidates selection still depends on rules established in 1999. One of decree’s main drawbacks is the lack of criteria for speech processor updating. The external devices have a 5-to-10-year lifetime and many Brazilian users have already experienced the end of their speech processor. In november 2012, the Ministry of Health released urgently 14 million reais to be allocated to the purchase of 911 new speech processors for pacients all over the country. In order to cope with this gap, the Ministry of Health has been working on new cochlear implantation rules. These should be released at any time.

Dogs are mentally uplifting and cost effective in the lives of deaf people, pioneering study affirms

Having an assistance dog significantly improves the wellbeing, mental health, and independence of deaf people, reducing social isolation and fearfulness. Who would've thought it?

The steam is sizzling from the latest move in the ebullient US direct-to-consumer hearing tech market by California-based device producer and distributor InnerScope Hearing Technologies, which has announced its purchase of Hearing Assist.

The intriguing concept of a cochlear implant (CI) that self-shapes on insertion has moved an early step closer to materialisation, having successfully met simulation and analysis studies by its Imperial College proposers.

Read more...
Predictions for 2031: Christophe Micheyl: Earbuds morning to night, all of us, all ages

One of our French sources from the 15 worldwide audiology experts we asked for visions of audiology in the year 2031, Christophe Micheyl, predicts a society in which everyone wears earbuds morning to night.

Once again, the Cannes Corporate Media & TV Awards has recognised the marketing finesse of hearing giant Sonova, two of its Life without Limitations film products capturing the jury's favour in the November festival.

Imagine a world in which we no longer stress any distinction between normal-hearing persons and those with hearing loss; could this happen by 2031?

Widex has announced its first-ever rechargeable behind-the-ear hearing aid, one its makers say professionals can fit with great flexibility through the new Compass GPS 4.3 software.

Widex has announced a mobile softward upgrade that will allow users of the MOMENT range to stream music, calls, and other content.